China’s president just landed at Paine Field in Everett, Wash., and will soon be welcomed by a committee that includes Microsoft CEO Satya Nadella and Starbucks CEO Howard Schultz. This marks the start of a 3-day visit in Seattle for the president, who will meet with U.S. tech companies and other business and government leaders before heading to Washington, D.C., for a high-profile state visit with President Obama on Thursday.

And the #ChinesePresident steps off the plane with his wife. Waves. pic.twitter.com/pQuj3m9ZkX

You can watch the live stream of President Jinping’s arrival here, courtesy of our news partner KING5:

Here’s the scene at Paine Field this morning: 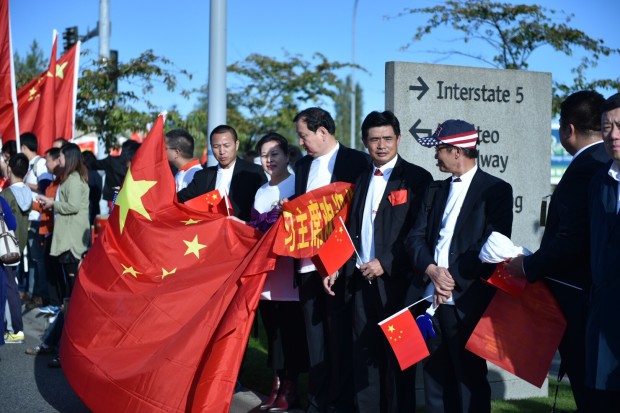 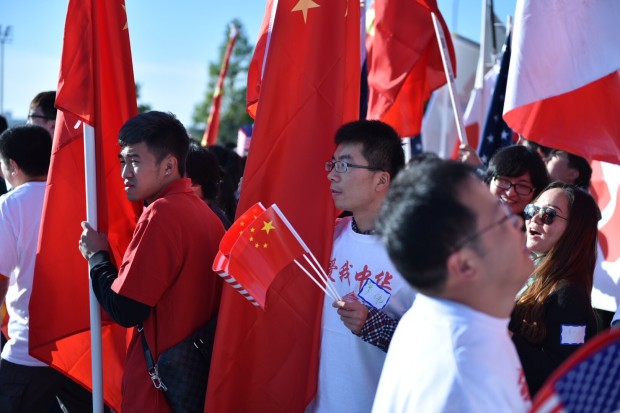 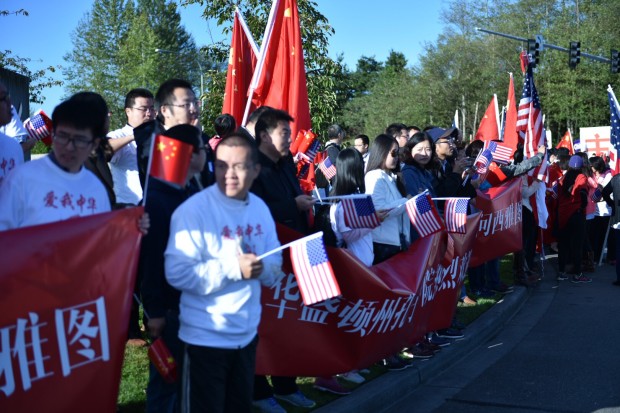 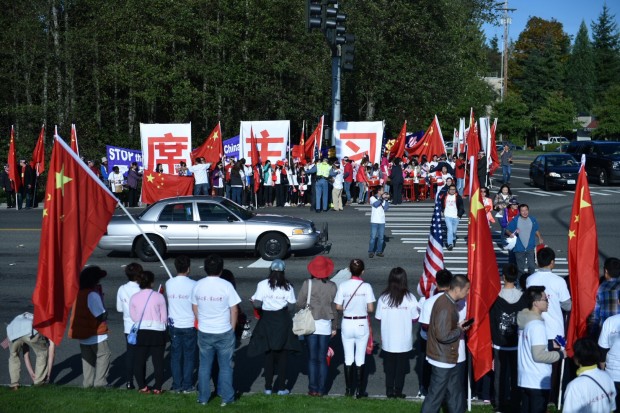 On Tuesday, President Jinping is scheduled to meet with Washington Gov. Jay Inslee and Seattle Mayor Ed Murray. He’ll deliver a major policy speech at a dinner event sponsored by National Committee on United States-China Relations and the U.S.-China Business Council. You can watch his speech here.

As expected, traffic in the Seattle region is already slowing down as authorities make way for President Xi’s motorcade. Seattleites should expect delays downtown, too — here’s an FAQ from Seattle PD on that.