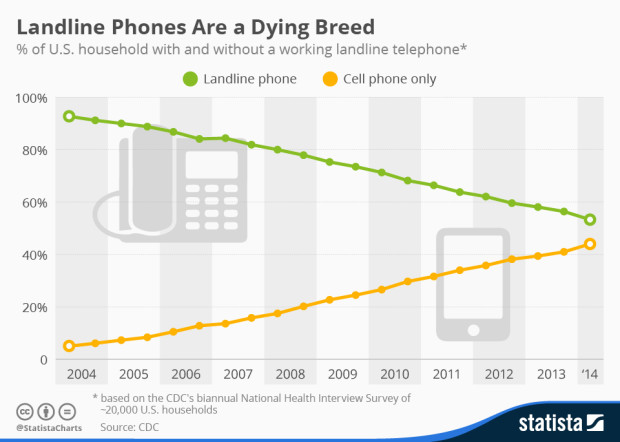 The landline telephone may be about to join the cassette tape, VCR and floppy disk in the technology memory book.

A new analysis of survey data by statistics portal Statista notes that landlines are now operational in roughly only 5 out of 10 U.S. households. That’s dramatically down from a decade ago, when 9 in 10 households had a working wired telephone network connection. 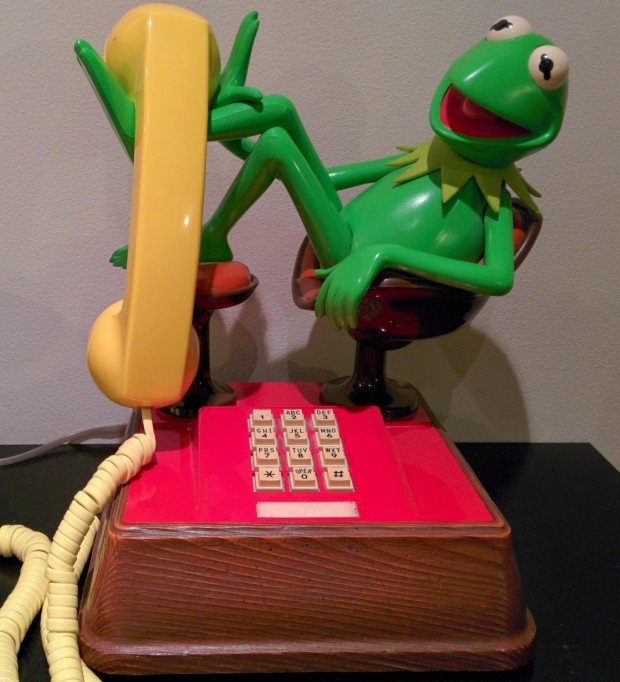 The data is a by-product of the biannual National Health Interview Survey, which has been conducted by the Centers for Disease Control and Prevention since 2004. Observes Statista Data Journalist Felix Richter, “If the trend continues at the current pace, and there’s little reason to believe it won’t, the majority of U.S. households could be without a landline phone as early as this year.”

The same CDC data shows that more than 4 in 10 households have only mobile phones and, the CDC says breaking it down further, “More than one-half of all adults aged 18-44 and of children under 18 were living in wireless-only households.”

Yes, it may a wired world we live in. But apparently for everything except our phones.