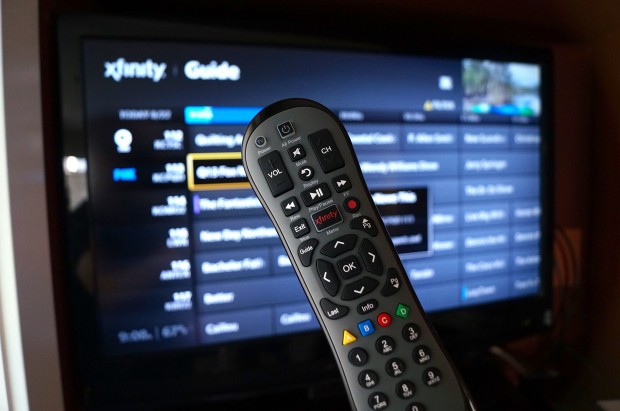 Seeing Sling TV at the Consumer Electronics Show last month was an eye-opening experience. For $20/month, the new service from Dish Networks offers a selection of live television programming — including the sports and news staples ESPN and CNN — without a cable subscription.

It was enough to make me take another look at my $185.94 monthly payment to Comcast for Xfinity Internet and TV. As documented on GeekWire in the past, I’m a fan of the Xfinity X1 next-generation cable system, which is easily the best cable experience I’ve ever had.

But the Xfinity TV portion of my bill had grown to more than $100 a month, including taxes, surcharges and fees.

That’s five times more than Sling TV. Is the Xfinity TV experience really five times better? No. But of course, as in many households, it doesn’t only matter what I think. The real challenge would be getting rid of Xfinity TV without causing a major disruption for other members of my family.

So with that guideline, here’s what did to reduce my overall monthly Comcast bill from more than $185/month to less than $80/month. 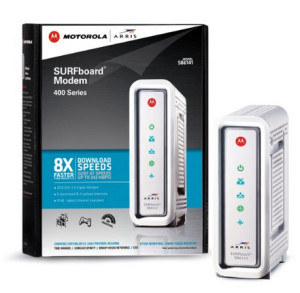 1. Buy your own cable modem. If you look closely at your cable bill, you’ll see that you’re probably paying a modem rental fee every month. In my case, this was $10/month. Following these steps from the Houston Chronicle’s Dwight Silverman, I purchased a $90 cable modem, and after a relatively simple call to Xfinity support, got it activated and running with my Airport Extreme WiFi base station.

By avoiding the monthly fee, I’ll recover the cost of the modem in nine months.

Here’s a list of compatible modems. The key thing to know is that you need a DOCSIS 3.0 device. Also, if you get a standalone modem, you’ll need to make sure that you have a separate WiFi router if you’re replacing a combination Xfinity modem/router. Also, it might require a little work to get everything working smoothly. In my case, I ended up doing a factory reset of my Airport Extreme base station, but after that, everything was good.

2. Consider your content options. The emergence of Sling TV sent me on this adventure, but after testing the service for a couple of days, through my Amazon Fire TV stick, I wasn’t as happy with it as I had hoped.

Even with the three-day replay feature, which lets you find previously aired programs, the content options were underwhelming. I found myself watching lots of Conan on TBS, and mid-tier college basketball games on ESPN. And this may have been a function of my network, but there was a frequent “hitch” in the Sling TV streaming experience — a brief pause and skip in the playback — that was just enough to make it annoying.

For much more on Sling TV, see this review by GeekWire’s Blair Hanley Frank.

So instead, we took another look at Hulu Plus, for $7.99/month, which works smoothly on the Fire TV Stick. Combined with our existing Netflix subscription, and Amazon Prime Instant Video, we’ve got more programs than we could reasonably expect to watch.

3. Over-the-air HDTV. This one is easy to overlook. If your TV doesn’t have a built-in HDTV antenna, you can buy one for a relatively small amount at the local electronics store. In urban areas, at least, this is a great way to receive basic network television. We watched the Oscars live on Sunday night without a hitch, thanks to the HDTV antenna I had purchased at my local Fred Meyer for $15. In most cases, the picture quality is as good as it was on cable.

4. Do you really need all that speed? I’ve been paying an extra $11 a month for the “Blast! Internet” speed increase on my Xfinity Internet, which resulted in speeds of more than 100 Mbps via an Ethernet cable. Did I really need that at my home? It doesn’t seem like it. I axed the “Blast” and I’m still getting more than 50 Mbps based on measurements at SpeedTest.net. We haven’t noticed any problems with streaming. 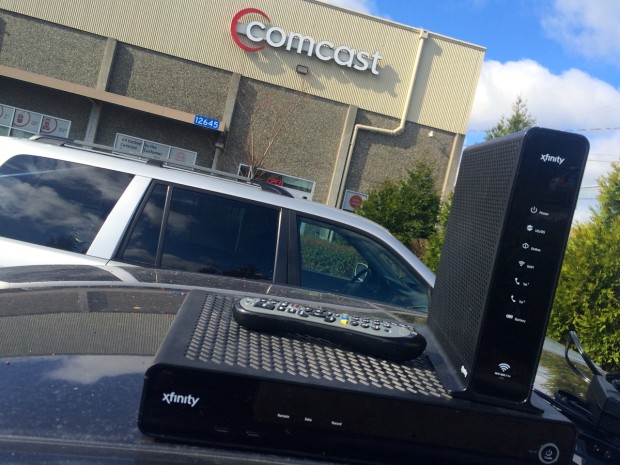 5. Making the call. You may have heard the horror stories about people encountering roadblocks from Comcast customer service reps when trying to cancel their service. I didn’t encounter any of that. It probably helped that I was firm and clear: “I’ve been looking at my cable bill and I want to make some changes. Here’s what I’d like you to do.” But those past incidents have also clearly been “teachable moments” for Comcast customer service reps.

The response was, “Are you sure you don’t want to consider our promotional pricing to keep our service?” And when I said, “no, thanks,” that was the end of it.

So that’s it! We returned the equipment this weekend, and we haven’t really noticed the difference. I gave up a promotional discount by no longer bundling Xfinity TV and Internet, but even with that, I should easily come in at a savings of more than $100/month on my next bill. Even with the one-time costs of the cable modem and HDTV antenna, and the monthly cost of Hulu Plus, this feels almost as good as refinancing the house.

For more on this process, see the most recent two episodes of the GeekWire radio show, where I discussed my plan as it unfolded and evolved. We’ll also talk about the strategy on this week’s show, airing at 7 p.m. Saturday and 1 p.m. Sunday on KIRO Radio (97.3 FM), available as a podcast on GeekWire this weekend.

Are you a cord-cutting veteran? If you’ve gone through this process yourself, please post your tips and experiences in the comments below.