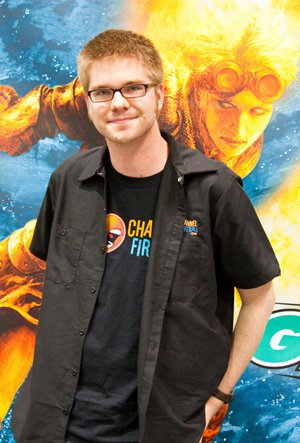 Loucks brings a wealth of gaming experience — both personal and professional — to the project. He’s designed games for Wizards of the Coast, Amazon, and Microsoft and competed in professional Magic: the Gathering competitions for years.

“I grew up in Montana, but I’ve been in Seattle for nine years now,” he said. “About a third of my friends are Magic players, a third are Burning Man folks, and a third are from the game industry.”

Meet our new Geek of the Week, and continue reading for his answers to our questionnaire.

What do you do, and why do you do it? “I’m a game designer at DropForge, a mobile startup in Bellevue. I got my start in the industry by playing competitive Magic, and I made it to the Pro Tour a few times. I was a co-host on Limited Resources, likely the most popular Magic podcast there is. Other places I’ve worked include Microsoft, Amazon, and Wizards of the Coast.

I love that my job is creative, and I feel like I’m always learning new things and improving at my craft. I really enjoy crafting entertainment, which has manifested itself in making games. I could see myself working in other forms of entertainment someday, but I’m happy here for now. I like understanding what makes a game tick, what makes it fun, and then using that knowledge to craft new, even better games. I also like interacting with the audience of the game I’m working on, writing articles and streaming on Twitch.”

What’s the single most important thing people should know about your field? “The game industry is still growing, and it’s growing fast. The rapid growth of technology is making games easier to make, access, and play. As more generations are born with video games as an inherent presence in their lives, games are going to become even more culturally present and widespread. We’re going to stop talking about “gamers” in the same way that there’s no such thing as a “movie-er”. The line between games and not-games is going to get blurrier over time.

We’re going to stop talking about ‘gamers’ in the same way that there’s no such thing as a ‘movie-er’. The line between games and not-games is going to get blurrier over time.

The possibly scary part of all this is that the reason games are successful is that they kind of hack our brain. They take advantage of millions of years of evolution, exploiting what our brains care about by tapping into the core essence of what motivates us. I view it like how restaurants exploit our feeling of hunger, originally an evolutionary advantage, but not a real factor for a lot of the world now. I’m trying to use this power for good, but that’s not always true across the industry.”

Where do you find your inspiration? “This is something I love about my job — inspiration comes from absorbing anything creative. Sure, games are a huge part of my inspiration, and they’re what pulled me in. But I feel like every time I watch a movie, read a book, see a play, listen to music, hear a story, look at a painting, listen to somebody sing — these are all things that make me better at my job. They all have lessons to teach about what’s entertaining.”

What’s the one piece of technology you couldn’t live without, and why? “If I had to choose one device, it would be my laptop. This answer feels like cheating. I use it all day at work, and I use it in my free time writing at coffee shops.”

What’s your workspace like, and why does it work for you? “My desk is barren. I love having two monitors (in addition to my laptop) — more screens for spreadsheets! I like a clear desk. I’m the opposite of a hoarder: I LOVE getting rid of things, knowing that I’ll never have to deal with that thing again in my life. Less literal baggage.” 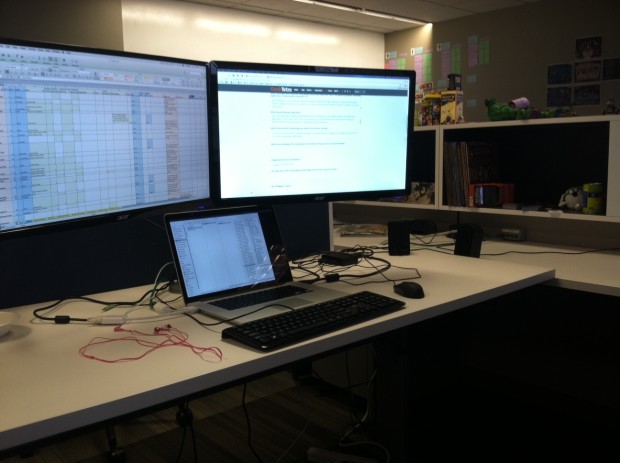 Your best tip or trick for managing everyday work and life. (Help us out, we need it.) “When there’s a lot of work that I need to get done, I listen to the same song on repeat. Hundreds of times. I’m completely reliant on my calendar — if it’s not in the calendar, I’m not going to show up, because I have no idea it’s happening. Otherwise, I’m easy going. Other people are going to do things that I’m not going to understand, so it’s hard to get worked up about it.”

Mac, Windows or Linux? “Not Linux.”

If someone gave me $1 million to launch a startup, I would: “Get an elite team, maybe six people, together to make small games very quickly. Or I’d make an app that tracks your everyday life — stats, skills, interactions, etc.”

I once waited in line for: “Pokemon Silver, at Target.” 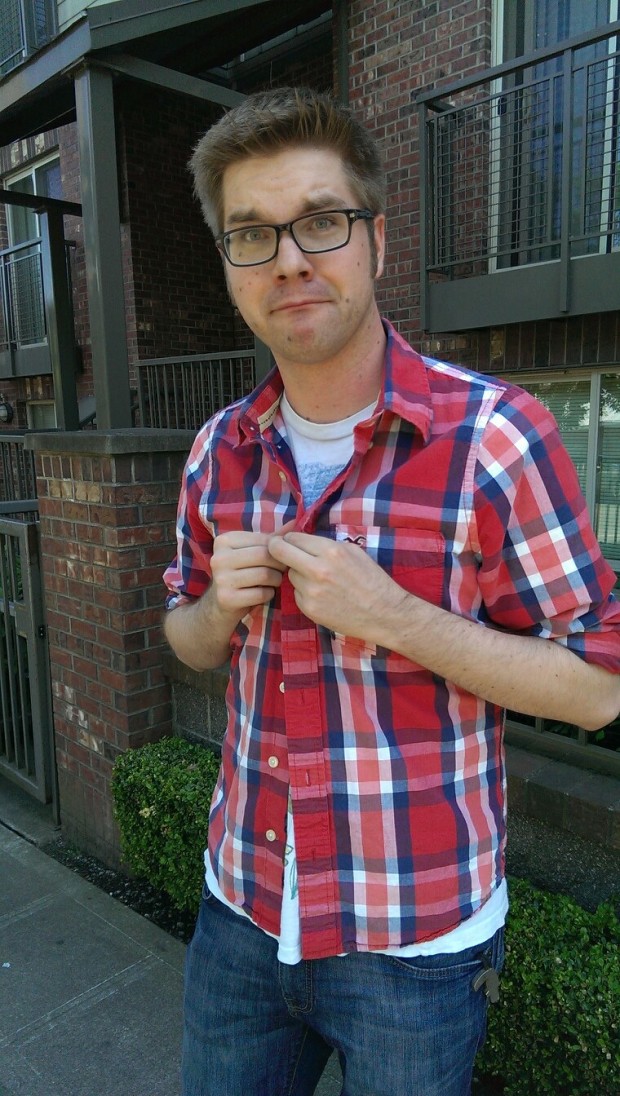 Your role models: “I’ve been really lucky in that most of my role models are people I’ve met and worked with. Skaff Elias, early designer on Magic, founder of the Pro Tour. He’s been an amazing mentor, and was the first person to have faith in my design skills. Mark Rosewater, lead designer on Magic. He’s probably the best designer on one game that anybody has ever been on one game. Tyler Bielman, designer at Microsoft, the best person to pitch a game I’ve ever met. Outside of people I’ve met, I love Quentin Tarantino’s movies. They entertain on a lot of different levels, and I love the way his characters tell stories.”

Most important technology of 2015 “Smartphones.”

Most important technology of 2017: “Self-driving Cars.”

Final words of advice for your fellow geeks: “For a lot of creative geeky jobs, like being a game designer, you have to essentially do the job you want, for free, on your own time, before somebody will hire you. A lot of people want those jobs and think they can do that job, and some of them are right. But it doesn’t matter if you know that you can do it — you need to prove it! Luckily, this often leads to passionate driven people getting those jobs.”