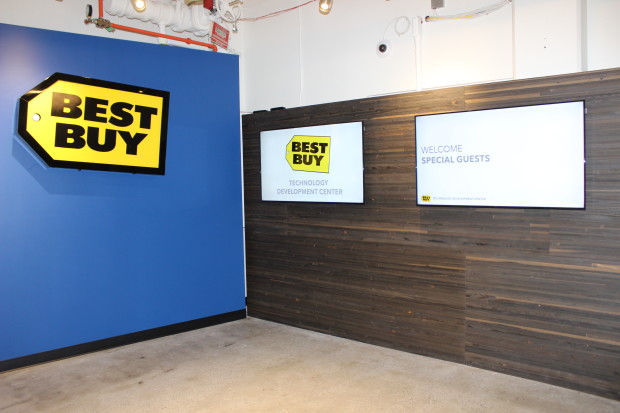 It’s only been a few months since Best Buy opened a technology development center in Seattle, but the company is already seeing an impact that the new office is having on its innovation cycles.

The consumer electronics giant first announced the new office in February and employees began working there past summer. But construction on the 32,000 square-foot space atop the Seattle Times building — a stone’s throw away from Amazon.com’s headquarters — wasn’t fully complete until this month. 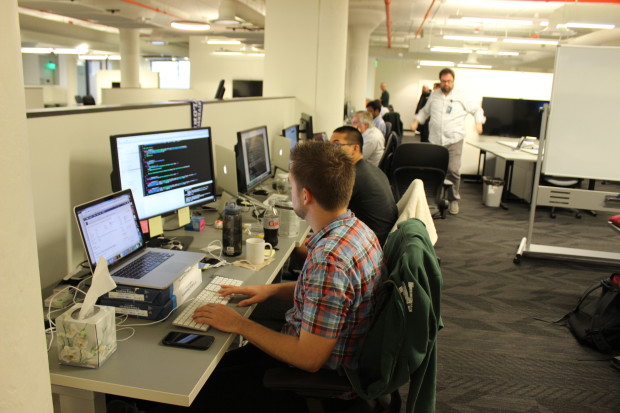 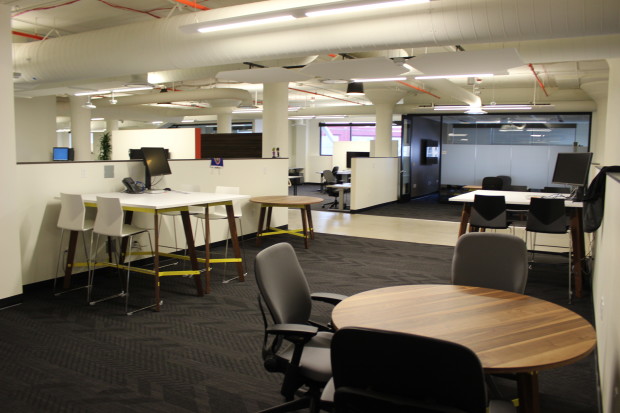 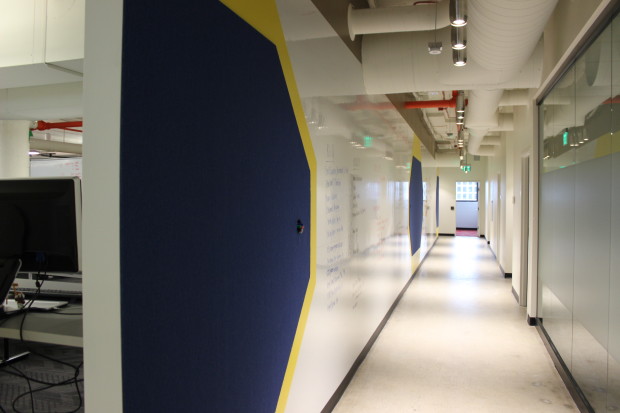 Best Buy, which is hosting a launch party today at the office with Seattle Mayor Ed Murray and Washington Gov. Jay Inslee expected to attend, has about 25 employees in Seattle and plans to add an additional 25 engineers, product managers, web architects and developers in the next year, with room to grow to as many as 100 employees.

The dev center, which complements Best Buy’s engineering staff at its headquarters in Minneapolis where the company employs about 180 e-commerce engineers, is focused on cloud engineering, mobile development and the omnichannel customer experience.

The new office has helped Best Buy accelerate product development on a soon-to-be-launched iPad app, a redesigned Geek Squad app, and a new feature on its main app called “Blue Assist” that gives customers a way to get on-demand expert help from their smartphone — whether they are shopping at one of Best Buy’s 1,400 physical locations or anywhere else.

The innovations being developed at the Seattle office focus not only on e-commerce, but how the online shopping experience intersects with Best Buy’s brick-and-mortar stores.

“Seattle provides us with the right type of talent to bring compelling products and key technologies to reality, at scale,” said Best Buy CTO Bala Subramanian, who joined the retailer two years ago after a long career at T-Mobile. “This is why we opened the technology development center in Seattle and it has already started to play a positive role in our delivery capabilities.” 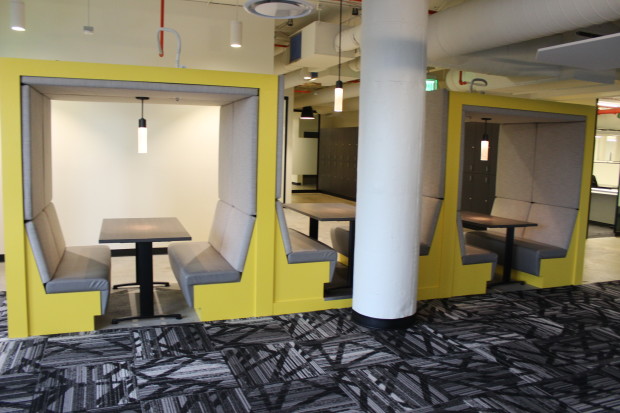 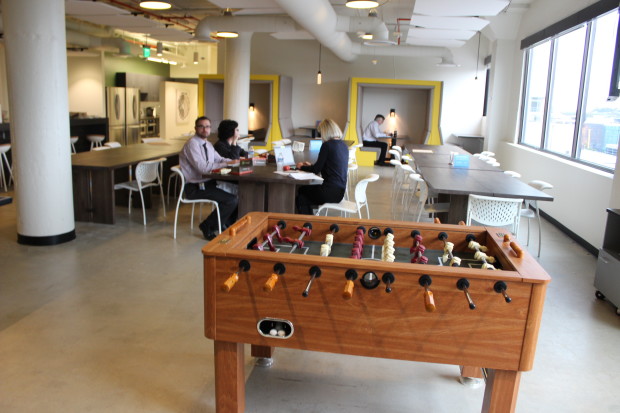 When Subramanian arrived at Best Buy two years ago, he noted that the technology operation was behind the times with just a handful of engineers and most of the operation outsourced to technology consultants. But the company has made significant strides in the past two years, investing heavily in developing its own cloud infrastructure and mobile applications.

As a result, e-commerce has become much more of a priority at Best Buy, particularly as its U.S. online revenue has increased by $381 million in the past year.

“We are excited to have a number of talented e-commerce professionals who have passion to innovate in a large scale omnichannel environment while leveraging leading-edge development technologies,” Subramanian said. “We will continue to look for talented individuals interested in delivering a superior experience for our customers in both physical and digital channels of Best Buy.” 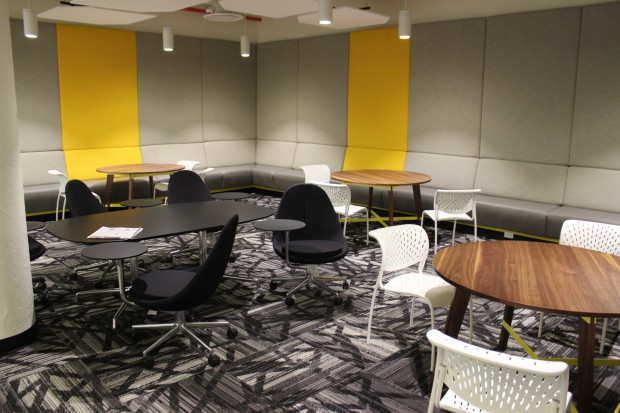 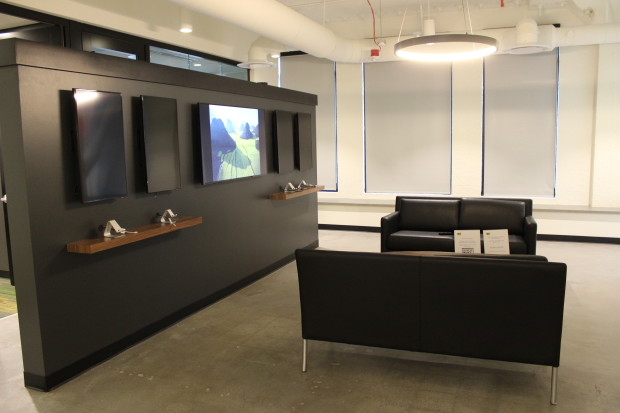 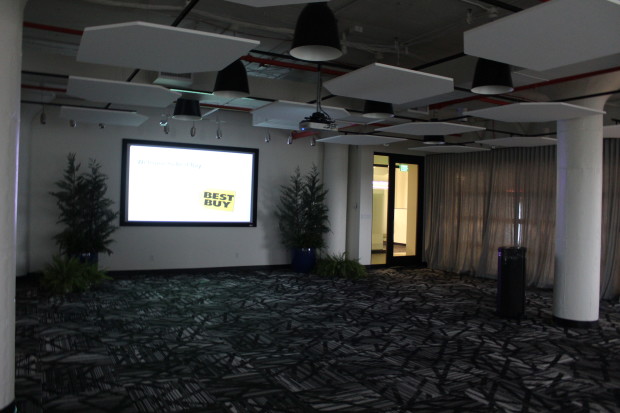 Best Buy, which employs 125,000 employees worldwide, follows in the path of other traditional retailers that have chosen Seattle recently for engineering hubs, including Staples and Sears. It’s also among a bevy of out-of-area technology companies like Apple, Twitter, Google, and others that have engineering offices in the Seattle region.