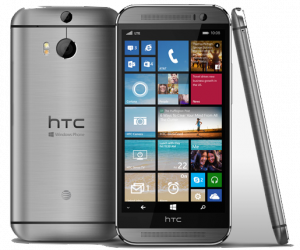 HTC is finding out just how hard it can be to keep an Android operating system promise. It’s revealed it won’t meet its own deadline to update the carrier versions of the HTC One M7 and M8 smartphones to “Lollipop.”

Last year, in an attempt to set itself apart, HTC said that owners of the carrier-distributed models would get the latest version of Android just 90 days after Google’s release.

Mo Versi, the company’s vice president of product management, wrote in a post to the company’s website today that it won’t be able to make that 90-day deadline for Android 5.0 “Lollipop,” which was released at the end of last year with new Nexus phones. But Versi said that it isn’t completely HTC’s fault.

“We’ve been working hard in the labs with Google and our carrier partners ever since the code release and are making great progress so far, but if you’ve been following the progress of this rollout you will know that Google has had to address several issues with this release,” he said. “We’ve been diligently working to fix some of them on our end and incorporating Google’s fixes as quickly as possible, but despite everyone’s best efforts some carrier versions of the HTC One (M8) and HTC One (M7) will not meet our 90 day goal, which is February 1st.”

HTC worked with Google to produce the Nexus 9 tablet, one of the first devices to run Lollipop.

The news is sure to disappoint HTC One owners, but it’s hardly surprising: the Lollipop update has been slow to arrive from device manufacturers. Samsung originally said that owners of the Galaxy S5 would get the update in December, but had to push a gradual roll-out of the update into January.

Lollipop has arrived on the more expensive Google Play, Developer and Unlocked editions of those phones, so people who shelled out for those devices will already have access to the new OS. People who are still waiting can track the progress of the update using HTC’s software update site.