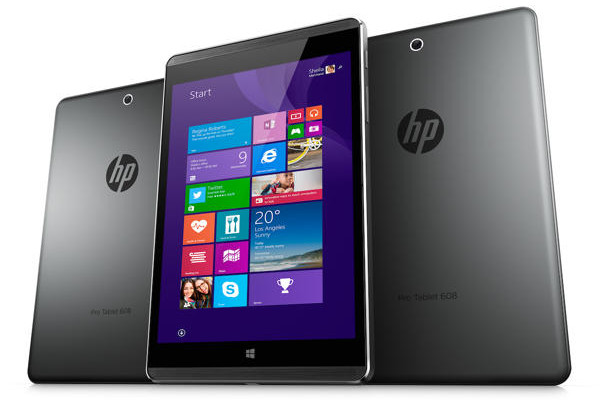 HP has announced its first Windows 10 tablet designed for businesses. The new HP Pro Tablet 608 is one of the first examples of how hardware makers will leverage Microsoft’s new operating system to try to counter the Apple iPad’s momentum among large companies.

While it packs an eight-hour battery, a reinforced chassis, and a suite of features for superior video conferencing, the fact that the HP Pro Tablet 608 runs Windows 10 may be its key feature for the enterprise market. It will take advantage of new security features from Microsoft and can run IT management software from HP, just like any other desktop computer.

Apple has teamed up with IBM to make new inroads into businesses, and an iPad Pro is likely coming with more functionality for business users. However, any new iPad will likely continue with Apple’s walled-garden approach to apps, which is tougher for IT departments to manage, and less flexible for end users.

The HP Pro Tablet 608 will be available for $479 in July with Windows 8.1 and will ship with Windows 10 starting in August.