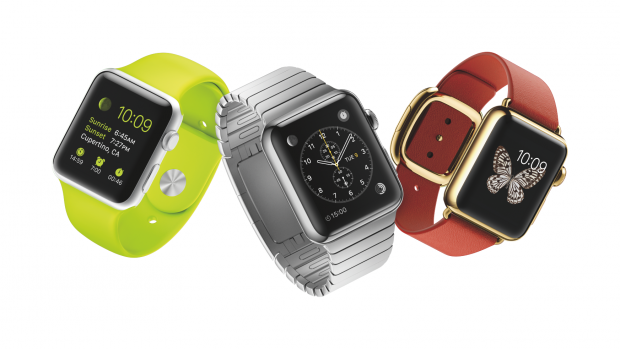 The first Apple Watches are arriving today for the lucky consumers who managed to pre-order them early enough, which means that we’ll soon start seeing more of the devices out in the wild. But before you strap one on, it’s worth learning some smartwatch etiquette. After owning a Pebble for several months one of the things I’ve learned the hard way is that smartwatches can be convenient and useful at their absolute best, but also serve to alienate people fairly effectively.

Part of that stems from the core use of any smartwatch, whether that’s a Pebble, Moto 360 or Apple Watch. There’s already an understood meaning for glancing at your wrist. It means, roughly translated: “I’m not fully present in this conversation because I have something else to worry about right now.” That’s understandable when it comes to running off for an important appointment, but doing it constantly just to keep tabs on the latest notifications from Twitter can be off-putting.

I’ve heard some people argue that the rise of smartwatches will lead to a change in attitudes towards people glancing at their watch, and I don’t buy it, at least not in the short term. Glancing down at a smartwatch is basically the same as glancing down at a phone, and while it’s possible to do the former more covertly (which is part of the benefit of owning one), the meaning behind the gesture doesn’t change much.

So, here are three quick and dirty tips that will help prevent you from looking like a complete tool-bag in front of your friends and family members.

Especially if you’re someone who spends a lot of time working solo (or in an office environment where you don’t have a lot of demands for your attention from other humans) it can be easy to get into the habit of glancing at your wrist whenever it buzzes. After all, the information that you potentially need is right there and just waiting for you. I work from home, and during the first week that I got my Pebble, I just looked at it whenever my phone buzzed.

When flying solo, that’s totally fine, but doing that in a social situation is a faux pas. I learned that the hard way when riding in a Lyft one afternoon while receiving all sorts of emails. Every time my phone would go off, I’d glance down and check my wrist. Eventually, my driver asked if I needed to be somewhere, and I realized that what I saw as completely innocuous was actually stressing him out, because he thought I was running late to something rather than keeping up with messages from my phone.

After that, I picked up what I consider the first line of defense against looking disrespectful: avoiding the temptation to glance at my wrist whenever it (or my phone) buzzes when I’m in a social situation. If I’m expecting an important email, or if I’m fairly sure I can do so without drawing attention to myself, I’ll have a glimpse, but otherwise, I’ll hold off until a lull in the conversation.

It’s a lot easier to avoid looking at your wrist when your watch isn’t going off every 10 seconds with a different notification. The Apple Watch should make this a touch more bearable by offering different tap patterns for different notifications (so you can tell the difference between an email and, say, a change in the score of the night’s baseball game.

There’s no right way to go about solving this problem, but odds are you have some room to prune your notifications back to avoid the temptation of looking at your watch.

3. Take the darn thing off once in a while.

Even in the most dire of situations, I’ve found that people will call me if there’s truly an emergency. For situations where you want to be fully present, I’d leave the watch at home and check your phone during a lull in the action.

Whenever I’m headed in to a truly important engagement, I take my Pebble all the way off. If I’m concerned about losing it, I’ll leave it at home, but it’s nice to have on public transit, so I usually just slip it into my bag or pocket when I arrive at my destination. After all, nothing says “turn off” quite like a watch buzzing all the way through a nice romantic dinner.

Even in the most dire of situations, I’ve found that people will call me if there’s truly an emergency. For situations where you want to be fully present, I’d leave the watch at home and check your phone during a lull in the action.

There’s one more wrinkle: because the Apple Watch is brand new, it’s also likely to become a topic of conversation wherever you happen to be. That’s not the end of the world, but if you want to avoid the refrain of “Is that an Apple Watch?” it’s probably best to leave it behind.

Take it from me: smartwatches have the potential to be a real boon – owning a Pebble has certainly been a net positive for me – but that comes with some drawbacks. So pay attention to your surroundings, and don’t be a tool. After all, nobody wants “Watchface” to become the new “Glasshole.”