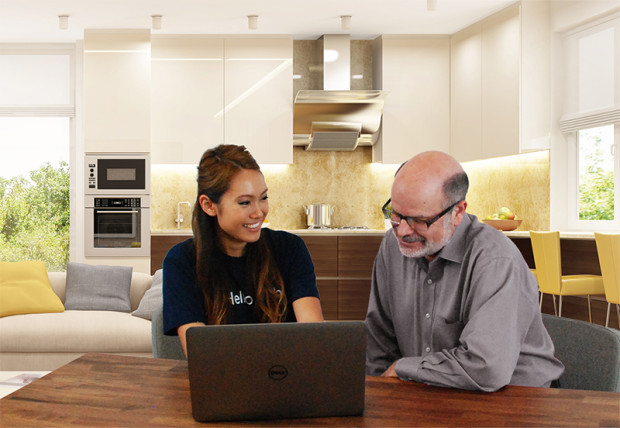 Los Angeles-based HelloTech, which wants to be the Uber of tech support, has raised $12.5 million in a first round of capital.

The company, which was co-founded and led by Richard Wolpert, the former chief strategy officer of RealNetworks, uses college students to help fix common tech problems around the home, ranging from WiFi connectivity issues to sluggish computers.

The round was led by Seattle’s Madrona Venture Group, with participation from all existing institutional investors, including Upfront Ventures, CrossCut Ventures and Accel Partners. To date, the company has raised $17 million in total.

Madrona Venture Group managing director Len Jordan, who will join the company’s board, worked together with Wolpert when they were both at RealNetworks.

After launching in May, HelloTech now serves a population of 3 million people around the Los Angeles area, who can summon a tech support within 24 hours by logging into their computer, a smartphone or making a phone call. In some cases, a person can show up on the same day.

Like many other on-demand companies, HelloTech has a workforce of independent contractors. In this case, it’s leveraging mostly college students who work about 5 to 12 hours a week. The company conducts both criminal and DMV background checks on the students, but also screen them to make sure they are capable of fixing more than 60 different tech issues.

Visits are billed at $79 an hour. In a very small percent of the cases, the company says they’ve had to send in a tech with more experience. No refunds have been requested to date.

With the additional funding HelloTech plans to expand into other major metropolitan markets. First up is Orange County with a list of undisclosed cities coming soon.

“It’s clear that HelloTech has struck a chord with our consumers and investors as technology in the home has become as important as common utilities such as electricity, water and telephone service,” Wolpert said, in a release. “Everyone has had the experience of something new and cool just not working and almost everyone in the technology industry has been called in to help fix tech issues for someone else, usually their parents or grandparents.”