The seven-month long dispute between Hachette and Amazon was a costly one, with the company disclosing weaker sales for the year as a result.

In addition to the trade dispute with Amazon, Lagardere said sales were negatively affected by a weaker line-up of bestsellers than in 2013.

“The sales trend can be explained by the comparison with a year-end 2013 marked by a very promising release schedule, and by the decline in sales of digital, since the agreement with Amazon came only at the very end of the year,” the company said in a release.

While the negotiations played out between the two companies, Amazon delayed deliveries and removed pre-order options for several of Hachette’s titles. Preorders often help books make the national best-seller list, which in turn, spur more sales. 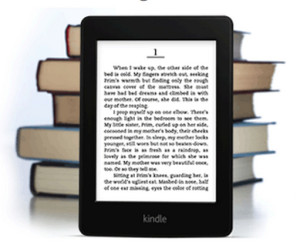 Once the two companies ended the dispute, Amazon immediately resumed selling all of Hachette’s catalog and began prominently featured the books in promotions, but it was too late. Hachette said the settlement didn’t occur until late November, leaving only a few weeks left in the quarter.

“We saw an impact in December on the print side, but it was in the final weeks of the year, and the impact was not as big as I may have thought in 2014,” an Lagardere executive said, during the company’s fourth-quarter investor call.

Hachette, which is the fourth-largest U.S. book publisher, has said Amazon accounts for about 60 percent of its digital sales.

Under the new e-book agreement signed in November, Hachette will be the ones to set the price of its consumer titles. Amazon, which had argued for Hachette to set e-book prices at $9.99, is expected to offer better terms when Hachette delivers lower prices for readers. During the company’s investor call, executives hesitated to predict how the new terms would impact sales.

“It is quite difficult to anticipate any rebound, because as you know, the new agreement consists of normal and good relations on the print side, so there will be an impact on the print business…On the e-book side, the agreement consists of us fixing the prices, and discounts not being allowed anymore [by Amazon], so that could have an impact of reducing the volumes to some extent. it is difficult to anticipate the impact.”

If there is an impact, Lagardere said it won’t be until the second quarter since that’s when the dispute first started in 2014.