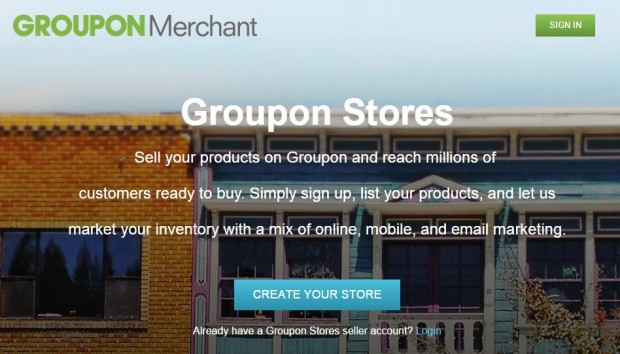 Groupon has launched what it is calling Groupon Stores, a third-party marketplace that will require participating merchants to sell their products at prices 5 percent lower than anywhere else online.

Groupon Stores will compete directly with Amazon and eBay’s marketplaces, although the company is trying hard to differentiate itself by requiring select goods to be offered at such huge discounts.

“Unlike Amazon and eBay, the Groupon Stores marketplace is meant for a select number of your products that you’re looking to liquidate or promote through a discount,” Groupon writes, in a FAQ. “There are no listing fees, but we do require that products be placed at lower prices than Amazon, eBay, or anywhere else they may be listed online.” 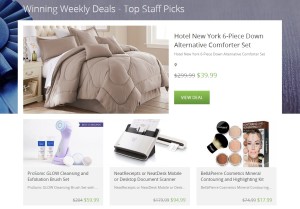 While the Chicago-based company still is mostly known for its daily deals coupons, over the past few years, it has evolved into a traditional retailer focused on offering discounts on items that could be considered off-brand, out-of-season, or frequently seen on late-night television.

Last year, its Goods revenues represented 56 percent of its business, for a total of $1.8 billion, which is up from zero four years ago.

The launch of the marketplace was first discovered by Re/Code’s Jason Del Rey, who reports that Groupon will take a 15 percent cut of each sale, rather than charging a listing fee.

A Groupon spokesperson emphasized that Stores is still in private beta, and it has not yet settled on official pricing.

Now, with the marketplace model, merchants will own the inventory and be responsible for distribution. If successful, the marketplace may provide Groupon with a greater selection of inventory at a lower cost since it won’t have to absorb storing and shipping costs. Up until now, Groupon often purchased inventory and sold it directly from its warehouses, although it has relied on third-party logistics in the past.

No doubt the quick rise of Groupon’s retail business, and now it’s marketplace business, has been aided by the number of Amazon employees it has working at the company.

Vinayak Hegde, who worked at Amazon for 12 years, is currently running the Seattle office, which employs roughly 200 people. Another former Amazon recruit is Robbie Schwietzer, who is Groupon’s SVP of operations, and was previously VP of Amazon Prime. Perhaps, the two highest-ranking former Amazon employee at Groupon are CFO Jason Child and North American President Rich Williams.