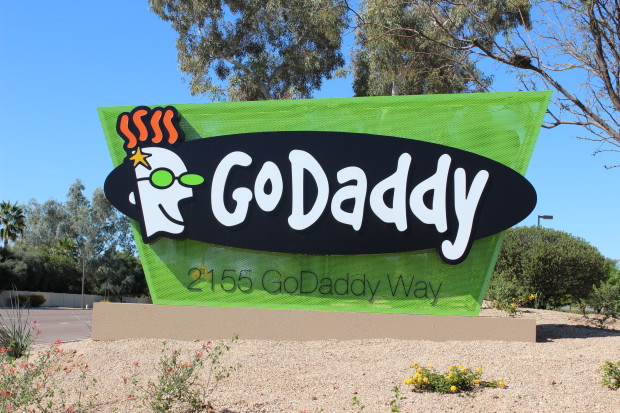 It’s been a nice first day as a public company for GoDaddy.

The web-hosting company raised $460 million on Wednesday after pricing its IPO at $20 per share, which came in above the expected $17-to-$19 per share range.

Trading under the symbol GDDY on the New York Stock Exchange, GoDaddy’s shares are up more than 30 percent today from its IPO price. The company is currently valued at $6.3 billion.

GoDaddy originally filed for an IPO in June 2014, but CEO Blake Irving told Fortune today that the company delayed its public offering due to attention on Alibaba’s own IPO and the U.S. economy.

GoDaddy employs more than 4,000 worldwide and has more than 12 million customers. The company has been expanding its business in recent years under Irving, the former Microsoft and Yahoo executive who has turned GoDaddy’s attention to offering a broad array of online services to small businesses.

GeekWire recently toured GoDaddy’s new 150,000 square-foot engineering center in Tempe, Ariz. The company has 13 other offices worldwide, including a Seattle location, which opened in November 2013.