Kitchenbowl is raising some dough to help people cook. 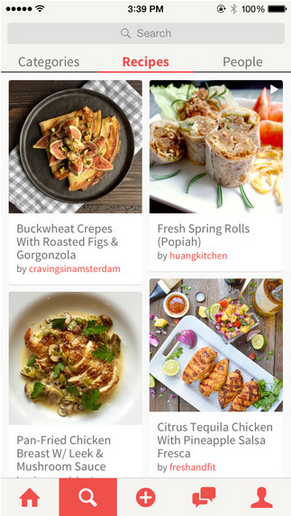 Kitchenbowl is a recipe app and social community for photo-driven food lovers to share and discover recipes. The company separates itself from other recipe apps by concentrating on high-quality photos that show users how to cook a meal from their mobile device, rather than relying on word-heavy blogs.

The new funding will help Kitchenbowl grow its platform and team.

“Primarily, we are going to be focused on reinventing the recipe format to make it more accessible to the millennial generation,” noted co-founder and CEO Ryan Waliany.

Waliany and his wife, Serena Wu, founded Kitchenbowl after they tried to build a database of recipes by taking pictures of chefs cooking meals and uploading the step-by-step process to a website. That idea fell flat, and the couple pivoted to focus on mobile content creation instead.

The app is seeing impressive growth over the past few months, with the average recipe contributor having uploaded about five recipes with six to nine photos each.

“This number has been growing steadily month-over-month,” Waliany said.

Kitchenbowl, which re-located from San Francisco to Seattle last year, also just added Seattle-based celebrity chefs Tom Douglas and Ethan Stowell as contributors to the platform. Douglas already has a recipe up for his famous crab cakes, while Stowell shows users how to make gnocchi.

In addition, the four-person company just made two key hires. Former Urbanspoon marketing manager Siri Angeles is now Kitchenbowl’s director of marketing, while Jacky Yip was hired as the company’s CTO after stints with Amazon, Microsoft, and Google.