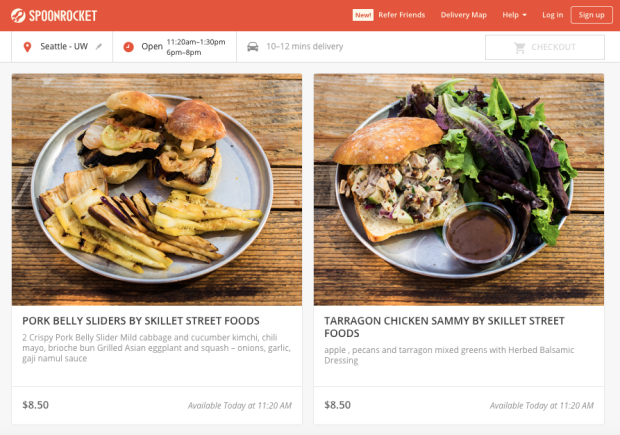 Spoonrocket is shutting down in Seattle, just four months after the food delivery startup began operating in the city.

A regional manager for the San Francisco-based company sent emails to Seattle-area drivers on Tuesday indicating that SpoonRocket will shut down this Friday. We’ve contacted SpoonRocket and will update this story when we hear back. 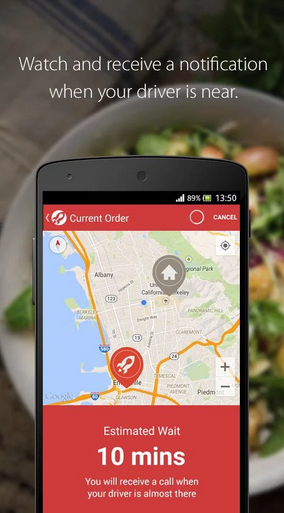 SpoonRocket launched in Seattle back in February — its first expansion outside of San Francisco — with a promotion that included free delivery of Paseo sandwiches. The company initially partnered with local restaurants around the University of Washington for lunch deliveries and then expanded to include downtown and the South Lake Union neighborhood.

One Seattle-based driver, who asked not to be named, told GeekWire that it was difficult and stressful to deliver food in such a short time frame.

“We were expected to drive, navigate the app and put food together, while trying not to endanger the walking students on campus,” the driver said.

The driver also noted that SpoonRocket never offered food handling instructions and explained how “food that was meant to keep hot became cold.”

“The main part that was awful was the way the food was treated,” the driver added. “When drivers met at the restaurants at 10:15 a.m. and 10:45 a.m., to-go boxes were sorted on the ground and utensils were on the floor of the drivers’ vehicles.”

The contracted drivers were also expected to wear company t-shirts and place window flags and magnetic toppers on their vehicles.

SpoonRocket faced a bevy of food delivery competition in Seattle from traditional services like traditional Eat24 and GrubHub, and new startups like Caviar, Munchery, Postmates, Lish, Bitesquad, and Peachd, which also focuses on lunch time delivery.

In San Francisco, SpoonRocket delivers breakfast, lunch, and dinner. The company has raised $13.5 million to date since launching there in July 2013 and employed almost 20 in February.

Update, 3 p.m. — A SpoonRocket representative said that the company is “putting a hold on our operations in Seattle for the summer.”

“We are working to resume in fall 2015,” the representative noted. “Although we saw a lot of growth and customer demand, we want to provide the best service for our customers and drivers. We believe that taking this time off will allow us to refine our operations and we hope to make a strong comeback in the fall.”

The representative added that “our current drivers will be our priority when relaunching in the fall.”