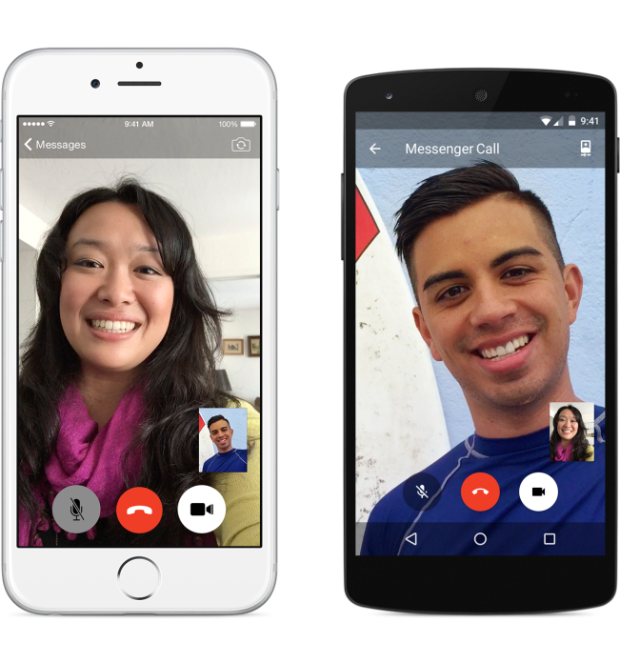 Facebook is offering its users a new way to stay in touch face-to-face. The company announced today that it’s bringing video chat capabilities to its Messenger app, allowing users on Android and iOS to connect while they’re on the go.

The video chat functionality isn’t revolutionary – it sports an interface that’s immediately familiar to people who use FaceTime, Skype or Google Hangouts – but it does offer a new and different way to connect from Facebook that works across mobile platforms. Unlike its closest competitors, though, the system doesn’t allow users to place a call from their mobile device to someone using Messenger on the PC.

Today’s news comes more than a year after Facebook first introduced voice calling to Messenger, which allows people to place a voice over IP call to other users of the app. Since then, Facebook has made Messenger mandatory for people who want to send messages through its platform on their mobile devices.

This isn’t the social network’s first foray into video calling. Facebook partnered with Skype to offer video calling through its chat features on the desktop, but that functionality never made the jump to mobile. Now, it seems that the company is moving further away from Microsoft with the launch of this features.

Facebook has been working hard on its chat app, which recently received support for sending payments from one friend to another. Facebook also opened some of the app’s functions up to outside development so that users can customize their experience through installing third-party apps.