The twelfth annual PAX Prime gaming convention drew to a close Monday night in Seattle with the top two Omeganauts “Mighty” (Charles Middleton) and “Lysander” (Ryan Anderson) racing to be the first to complete a grueling custom Mario level live on stage at Benaroya Hall in this year’s Omegathon final round.

Penny Arcade President Robert Khoo approached Nintendo in June about creating a custom level in the upcoming WiiU game “Super Mario Maker” to use as the surprise finale.

“They were excited at the prospect, so I pitched them the ‘travelling through PAX and ending up at the Main Theatre’ concept,” Khoo recalled. “Within a few weeks they had something for us to test out.”

Being featured in the PAX finale is a huge opportunity for a game to get some prime exposure, but it’s not something that can be bought. “The Omegathon is one of the ‘untouchable’ areas of PAX that can’t be sponsored,” explained Khoo. “You can’t pay to be in it, and unless we need direct assistance, developers don’t find out they’re even part of it until the public does when the schedule gets released.” 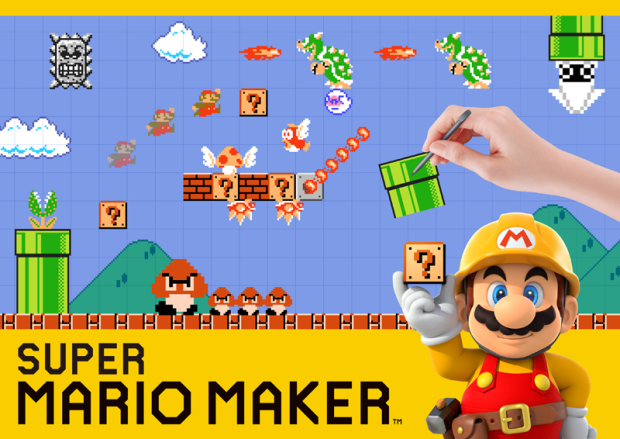 The level itself would be punishing for even a Mario veteran, but the pain was intensified by the fact that neither Mighty nor Lysander appeared to be particularly skilled at Mario games.

At one point before his turn, Lysander declared “as a longtime PC gamer, this is my worst nightmare.”

“I just want you to know, you’ve made my fears real,” was Mighty’s reaction during one of his attempts.

Later, he attributed the difficulty to “nerves and the stress” of performing in front of such a large crowd with a big prize on the line, in addition to the bizarre tricks Nintendo added to the level, telling us: “I’ve played the Mario platform series. The catch is that Mario Maker seems to conform to some rules of Mario, but not always all of them.”

Watching the players get repeatedly beaten down by Nintendo’s cruel creation was entertaining for the first 20 minutes or so, but since the competitors weren’t very Mario savvy, eventually the contest began to drag. The crowd started chanting things like “fly, fly, fly” to tip off the Omeganauts on ways to improve their strategies, and even Penny Arcade creators Mike Krahulik and Jerry Holkins began giving explicit advice about what to do at certain points in the level.

After nearly an hour, Lysander finally made it to the end of the level to win the 2015 Omegathon crown. The second place consolation prize for Mighty is an automatic placement in next year’s contest.

The entire contest was streamed live on Twitch, and you can watch a replay via this link. If you don’t have an hour to spare for the full contest and just want to see the successful run by Lysander, skip ahead to 46:20. Note that the video has plenty of NSFW language.