This month, the University of Washington graduated a record number of computer science students. But despite growing computer literacy, the demand for developers still far outweighs the supply.

To address this disparity, dozens of coding bootcamps have cropped up in tech hubs like Seattle and Silicon Valley, each eager to set itself apart from the pack. Coding Dojo is a Bellevue-based startup that runs a 12-week intensive program that separates itself from others by teaching three full stacks.

“My partner, Michael Choi, founded several successful startups including a real estate lead-gen company called Zurple,” said Coding Dojo CEO Richard Wang. “It was a high-growth startup and Michael was struggling to find qualified developers so he created a training program of his own.”

Wang was working for Boeing when he enrolled in the program as a student. Inspired by the startup’s mission, he decided to join the team this past January and help propel Coding Dojo to success.

“We often say that we’re in the business of transforming lives — not just teaching coding,” said Wang. “We’re setting our goals high and hope to transform the lives of 1 million people through programming literacy by 2025.”

We caught up with Wang for this Startup Spotlight, a regular GeekWire feature.

Explain what you do so our parents can understand it: “We transform lives and careers by teaching people how to code in 12 weeks.”

Inspiration hit us when: “As I mentioned before, Michael was CTO and CEO of several tech startups and found that it was increasingly difficult to find qualified developers who had the practical know-how to make an impact. For instance, he hired one individual with a masters in com 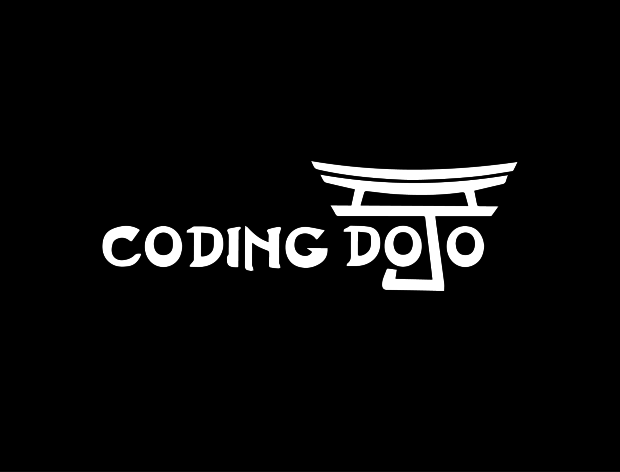 It was Michael’s idea to forego traditional hiring, and instead develop an internal training program to train junior software developers within a matter of weeks. Over time, Michael continued to refine the curriculum and after seeing its effectiveness, decided to offer a programming course to the public at the start of 2013. This became the very first Coding Dojo cohort. And the rest was history!”

VC, Angel or Bootstrap:  “Bootstrap all the way. We want to dictate our own future, and dedicate resources to create a world-class organization versus just being tied to profitability goals.”

Our ‘secret sauce’ is: “Hands down, our bootcamp leaders. We rigorously vet all of our instructors to ensure they have the passion to give 110 percent every day to mentor and inspire students to achieve their full potential.”

The smartest move we’ve made so far: “The expansion of our curriculum to three full stacks has been the best move we’ve made. We truly have an industry-leading curriculum that has been the result of continuous refinement over the years. Our ability to offer students three full stacks in 12 weeks is a real differentiator that allows us to separate ourselves from other bootcamps who are trying to jump into the ring for the wrong reasons.”

The biggest mistake we’ve made so far: “When Coding Dojo first got off the ground, we hired instructors with a solid tech background, but learned that wasn’t enough. Instructors with the right set of technical know-how are a dime a dozen, but those with a passion and dedication to helping change the lives of others are a rare find.”

Would you rather have Gates, Zuckerberg or Bezos in your corner: “Gates, since he’s aware of risks and that prepares him to weather the storm when and if it comes. I remember he wrote a nightmare memo when Microsoft was in its early days. It was a series of possible worst-case scenarios and what would happen if any of them occurred. At times, founders and leaders can be blinded by the excitement of starting a company, and their achilles heel is getting too big of a head. Having someone like Gates on your team can help put the business and industry into perspective.”

Our favorite team-building activity is: “Each year I send my team to the Landmark Forum. It’s a chance for us to have deep self-discovery and learn how to unlock our potential.”

The biggest thing we look for when hiring is: “In both student recruitment and staff hiring, we are looking for two specific things — enthusiasm and the right attitude. For prospective students, motivation is a big factor. If we sense a student just wants the salary associated with coding skills, we turn them away. Similarly, with instructors, we want to know that on top of a technical ability, they have the enthusiasm and attitude to successfully transform our students.”

What’s the one piece of advice you’d give to other entrepreneurs just starting out: “Be in it for the right reasons and give yourself fully.”