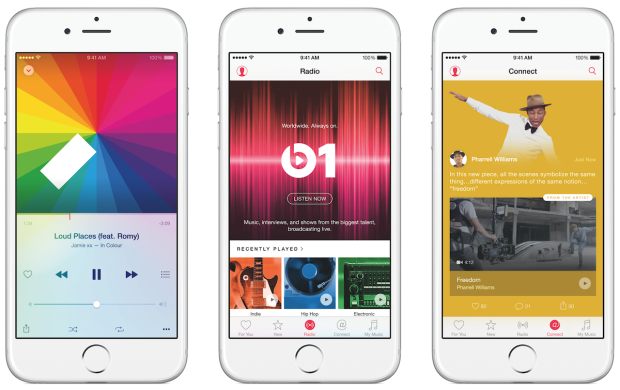 Apple unveiled its new $9.99/month streaming music service this morning, staking its claim in a market with a large number of existing competitors.

Established players include radio services like Pandora, freemium services like Spotify, and industry veterans like Seattle-based Rhapsody. This chart, created by GeekWire, shows how Apple compares to many of these existing services. 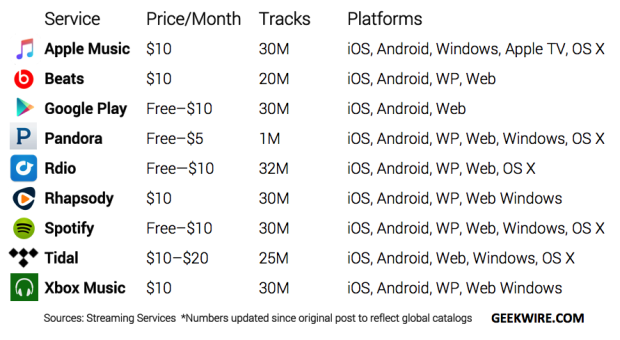 The comparison helps to explain why Apple will be launching across Android and Windows this fall, in addition to its own iOS and OS X platforms, launching on June 30. Without a cross-platform offering, the company would have been hard-pressed to compete against the existing services, all of which work on Android, as well.

The chart also demonstrates how standardized the streaming music business is becoming, especially in terms of price.

Apple is trying to stand out with extra features, including a worldwide radio station, Beats 1, with curated content, news, guests and interviews; and a section called “Connect,” where musicians can provide specialized content to their fans. Apple Music also integrates tracks from the user’s existing iTunes library.