LAS VEGAS — Microsoft doesn’t have the splashy booth or big keynote at CES any more, but the company is holding an small event (by CES standards, at least) tonight where it’s showing off a bunch of Windows machines from its hardware partners — including some just announced here at the show.

At a time when Microsoft has been pushing into the low end of the PC market, with devices below $200, this Windows event is showing off the other end of the spectrum, with a lineup of machines that are premium by comparison. All of the machines are Windows 8.1 machines, but Microsoft executives said the approach is a preview of one direction the company and its partners will head with the upcoming Windows 10.

“We’re really and truly on the road to Windows 10 with these products,” said Nick Parker, vice president in Microsoft’s OEM Division, speaking to the small group of assembled reporters.

Peter Han, vice president of worldwide OEM marketing for the company, echoed that theme in an interview at the event. “This is a year when we’re going to see a lot more premium” machines, he said.

The lineup at the event includes some PCs that were just announced here at the show. The new Dell XPS 13 notebook looks like an especially slick machine, with an edge-to-edge 13.3 inch screen that makes the notebook overall considerably smaller that a standard 13-inch notebook with a bezel.

The Dell representative at the event has a 13-inch MacBook Air on hand for comparison. 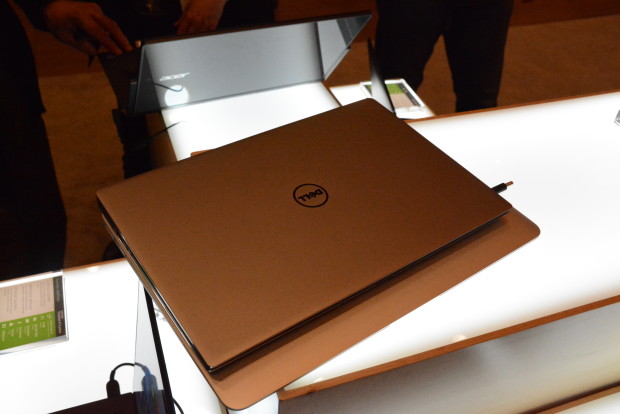 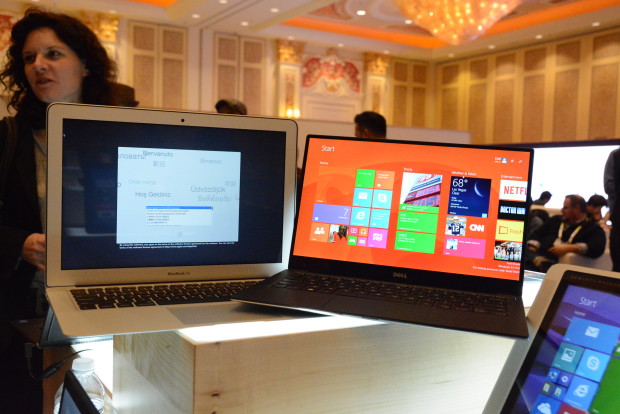 The Dell machine is available now starting at $799 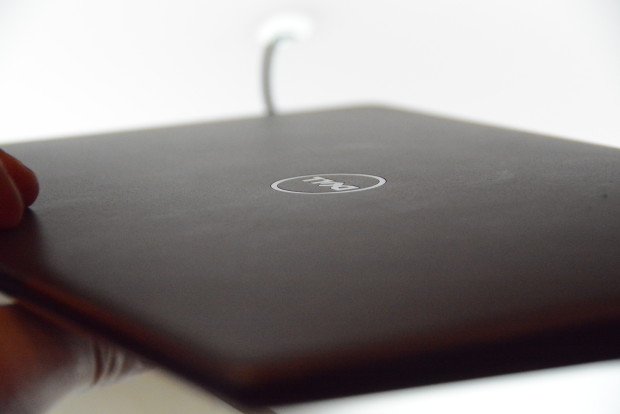 Another interesting machine at the event is the Wacom Cintiq Companion 2, a Windows 8.1 tablet from the venerable pen-computing company that has a unique twist: Users can plug it into a Mac using a proprietary cable and turn the tablet into a standard Cintiq display that works in conjunction with the Apple computer.

[Note: The name of this tablet has been corrected since the original post. Thanks to the reader below who pointed out the mistake.] 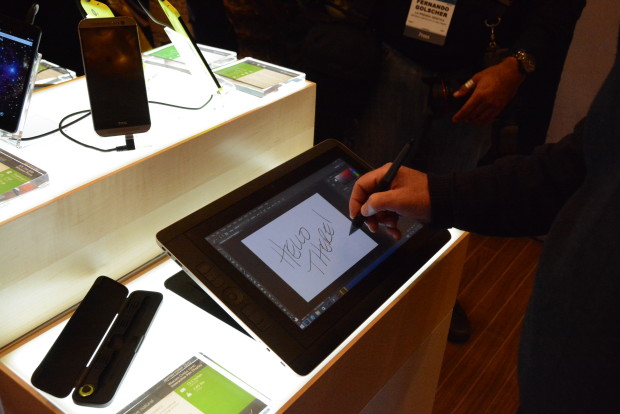 Also announced this week, the Origin EON15-X is a high-performance gaming machine that is notable because it sports desktop processors, Intel Core i7, in a notebook. It’s available now starting around $1,800. The company also announced a 17-inch model.

Here’s a look at more of the machines on display at the event.