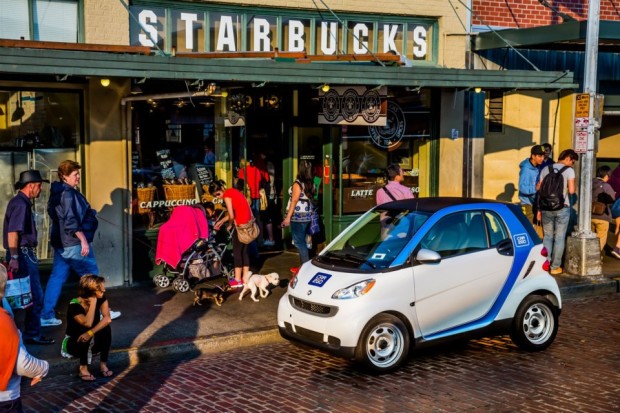 Car-sharing service Car2go will expand to cover the entire city of Seattle starting on Tuesday, adding 250 more of its iconic “smart fortwo” vehicles to the streets — bringing the total to 750 vehicles as it broadens its reach to new areas including West and South Seattle.

The expansion was enabled by legislation approved by the Seattle City Council in January, which also cleared the way for up to three additional companies to launch car-sharing services in the city. Each car-sharing company can receive 500 permits to start, and up to 750 if they agree to provide service across the city.

The Car2go service, owned by Daimler AG, launched in Seattle a little more than two years ago, and has more than 63,000 members in the city — the highest Car2Go membership base in the United States. The expansion brings the total coverage area in Seattle to 83 square miles where Car2Go members can pick up and drop off cars.

Car2go was slated to announce the expansion publicly on Tuesday morning, but Seattle Mayor Ed Murray let the news slip as part of a speech today unveiling his 10-year vision for transportation in the city. Here’s the new Car2go coverage map, effective Tuesday. 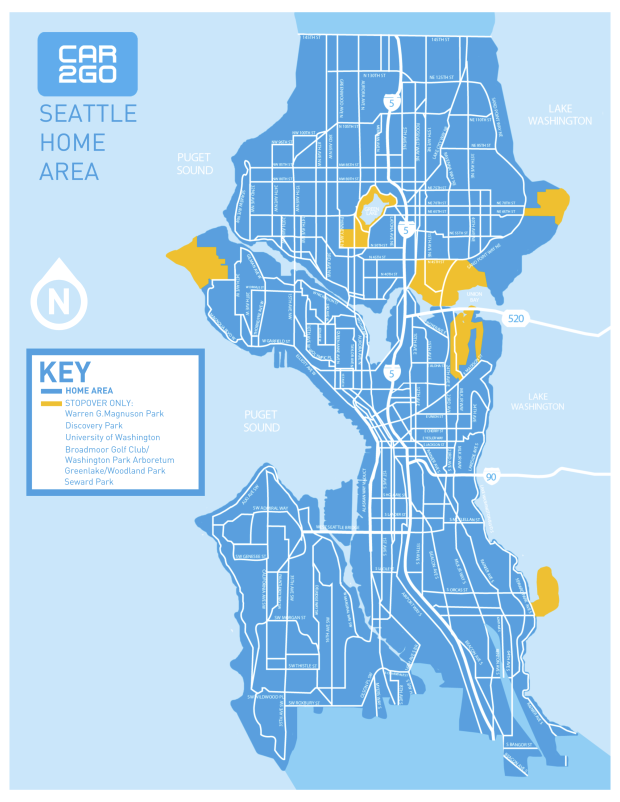