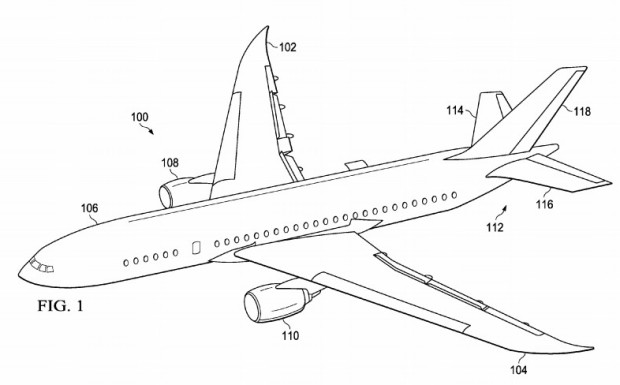 In a patent application published this week by the U.S. Patent and Trademark Office (USPTO), Boeing describes a method and apparatus for requesting, authorizing, printing, and even paying for aircraft parts under the straightforward title of, “Three Dimensional Printing of Parts.”

“We have approximately 300 different part numbers on 10 different aircraft production programs, which amounts to more than 20,000 non-metallic additive manufactured parts that are on vehicles that we have delivered to our customers,” Hulings says. “The F/A-18 Super Hornet has approximately 150 parts in the forward fuselage area that have been produced through selective laser sintering.”

The published patent application goes into detail on why 3D aircraft replacement part printing is desirable, and it has a lot to do with stockpiling and waiting.

Though Boeing today only uses 3D printing for non-metallic parts, the patent application covers, “a variety of different materials such as polymers, plasters, metals, and metal alloys. Three dimensional printing may allow on-demand manufacture of desired parts.” The system described includes, “a parts library, a database, a parts management system, and a three dimensional printing system.” 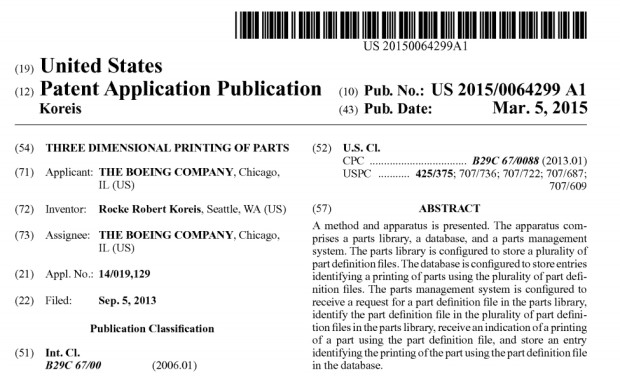 Boeing isn’t the only company looking at patents for 3D-part printing. Last month the USPTO published Amazon’s patent application for 3D printed parts on demand, even from a delivery truck, for things like broken kitchen faucets.

Boeing, clearly, is much further along than Amazon. The company says it’s been working on such “additive manufacturing” (3D printing) technologies since 1997, and Hulings says they’re constantly “investigating how to replace conventionally manufactured parts with 3D printed parts.”

Editor’s Note: We were alerted to this patent application by Sqoop, a Seattle-area startup developing a public-records search and notification service for journalists. GeekWire is testing an early version of the Sqoop service.