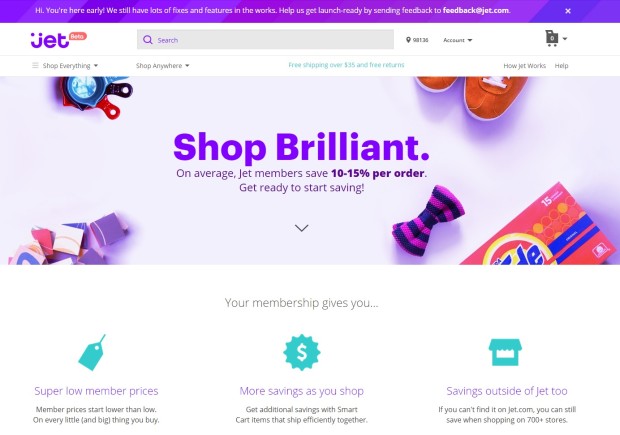 The doors of this shopping mall aren’t even open yet and investors are clamoring to get a piece of the action.

Jet.com is launching tomorrow, promising to usurp Amazon’s dominance in online shopping, by undercutting the Seattle retailer in price and by matching some of the things that people love most about Amazon, like fast shipping.

It doesn’t sound possible, and without a huge war chest, it might not be.

The Hoboken, N.J.-based company, which has no revenues and is destined to lose money for years, has already raised $225 million in capital. Now, it’s in talks with investors to raise hundreds of millions by year end, that could increase the retailer’s valuation to $3 billion from $600 million, reports the WSJ.

Contrast that to Amazon, which today is worth about $227 billion, and raised less than $10 million in VC funding before it went public in 1997.

And, after getting beaten up by the public markets for years, it’s also a Wall Street darling. Today, the company’s stock is up $6.33, or 1.3 percent, ahead of earnings on Thursday and has been on an upwards trajectory for the past year, surging 50 percent after starting off at just under $300 a share. 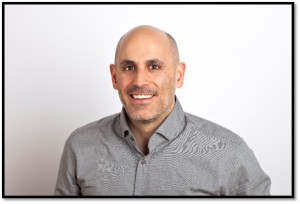 Jet.com’s Founder and CEO Marc Lore., who previously co-founded and sold Diapers.com to Amazon for about $550 million, has a very long-term, albeit pretty gutsy, vision for what he wants to accomplish. In an interview with the WSJ, he said he plans to spend aggressively to reach scale, at which point the company will start to turn a profit.

That’s a common story tech founders spin for investors, but whether it actually works out the way they planned is the risky part.

A couple of months ago, I took Jet.com for an spin while it was operating under limited beta. I found that prices were generally lower than Amazon.com, and that shipping was insanely fast with products arriving on my doorstep the very next day. Since then, it has started offering a killer new feature that allows you to compare prices across multiple sites right from Jet.com’s buy box.

To get here, the company has already spent $40 million on several startup costs, including hiring more than 300 people and setting up three U.S. warehouses. Lore said spending could hit as much as $300 million over the next five years for the outside merchandise-buying program, which Jet calls a “concierge” service, to help attract new members, and an ad blitz that could cost $100 million during the next year. Billboards will start appearing this week and TV commercials in September.

Lore anticipates the business to start clicking once it hits $20 billion in gross merchandise revenue in 2020. At that point, he expects to have 15 million paying customers, which would generate about $750 million based on the current $50-a-year membership cost. Right now, it has 100,000 non-paying trial members. In contrast, Amazon has roughly 40 million customers and Costco has about 72 million members, both of which are paying about $100 a year 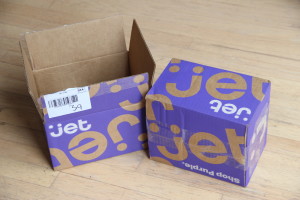 It’s important to note that Jet.com is making absolutely zero revenue right now, and won’t for at least six months while it offers free trials to start. Membership fees are the only way it makes money. It does not take a cut of each product it sells, unlike other marketplaces.

Some of the company’s investors are also some of Amazon’s biggest potential rivals, including Google’s Google Ventures and Chinese retailer Alibaba. Other investors include Norwest, Coatue Management and Goldman Sachs.

After tomorrow’s launch, it will be much more clear if consumers are as excited about Jet.com as investors are, but for now, Lore’s making one huge bet.