Apple is finally getting serious about video games in the living room.

Today, at a special event, Apple unveiled an all-new Apple TV that comes with a much bigger emphasis on gaming, and is reminding people a lot of the Nintendo Wii. 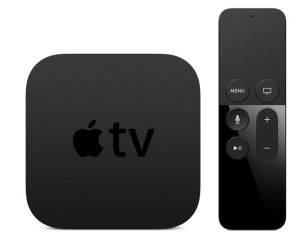 The device, which focuses mainly on casual gaming, will cost $150 for 32GB and $200 for 64GB starting in late October. It comes with a Wiimote-like controller with a touchpad, microphone and motion sensors. Or, people can choose to join in the fun with their iPhones or iPod touches.

With Apple’s announcement today, the company plunges into a competitive pool of gaming devices, ranging from full-fledged consoles by Microsoft, Sony and Nintendo to TV-first, gaming-second devices, like Amazon’s Fire TV, Roku or Google’s Nexus player.

But can Apple succeed where others have failed?

Amazon, which unveiled the Fire TV more than a year ago, has arguably had a tough time when it comes to touting the device as a gaming-centric experience. It first advertised the device’s mid-range capabilities, focusing on slightly more hardcore games.

Early last year, Amazon’s low-profile Games Studio, unveiled the Sev Zero third-person shooter tower defense game, promising fast action. The game cost only $6.99, which put it at the low-end of the scale. But since then, the 700-plus game titles currently available on Fire TV have trended toward the casual and overlapped heavily with Amazon’s existing Android Appstore, Re/Code reports. In that way, it’s failed to attract the harder core gamers that it expected to originally.

One difference with the Apple TVis that you don’t need to buy multiple remotes. Instead, you can use an iPhone or iPod touch as a game controller (although it also offers the ability for you to buy a proper third-party Bluetooth game controller). The games announced today also trend toward the more mild-mannered, including Ubisoft’s Rayman Adventures, Disney Infinity, Guitar Hero and a game called Shadowmatic.

Apple TV runs a variant of iOS, so it should be fairly easy to port games to the TV screen, and games are by far the most popular category in the App Store for iPhone and iPad. Apple also has one of the largest bases of casual gamers in the industry, with legions of people using their phones to squeeze in a few minutes of entertainment. In other words, Apple has the inventory of games and the existing base of users.

One big question remaining will be whether consumers actually want to use their TVs for casual games, or will they continue to play one in their hand with the TV running in the background?

Not to be overlooked is the fact that Amazon’s first take at TV gaming is already more than a year old now, and that a second-generation device could be coming any day.