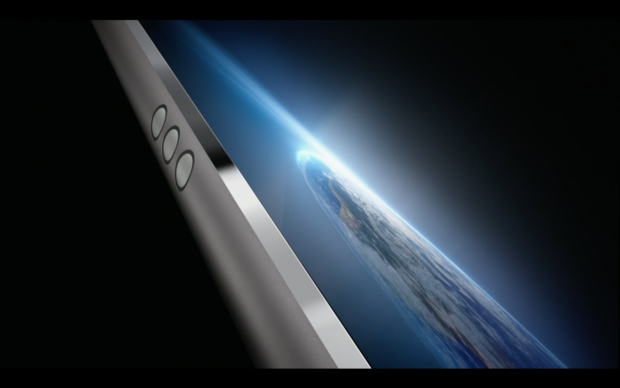 Apple just unveiled a new model of the iPad, the iPad Pro, with a whopping 12.9-inch screen, and a pair of new accessories: a “smart keyboard” designed for the super-sized tablet, and a new stylus called the Apple Pencil.

The product will compete squarely with Microsoft’s Surface Pro 3, which has a 12-inch screen and its own stylus and keyboard cover. But in a symbol of the new era at Microsoft, none other than Microsoft Office executive Kirk Koenigsbauer was the first person on stage after Apple exec Phil Schiller, showing the capabilities of the new Apple tablet, as demonstrated with a version of Office for the iPad.

Koenigsbauer told the crowd that the company believes Microsoft Office and the new iPad Pro “will really transform the way people work on these kinds of devices.”

Then, if your head wasn’t spinning enough already, Microsoft’s Surface team tweeted this shortly after the announcement, delivering a competitive counterpoint to the Apple news.

Your signature is yours with our 256 levels of sensitivity. Put pen to screen with #Surface. pic.twitter.com/1sfCDIKF8n

The new iPad Pro is powered by Apple’s new A9X chip, which the company says provides “desktop-class performance” in a tablet, along with a graphics processing unit comparable to those found in video-game consoles. It comes with a four-speaker audio system that balances the sound depending on how the user is holding the device.

iPad Pro was unveiled at a special Apple event in California, where the company is also expected to show a new iPhone. The live stream is available here.

Here’s what Apple’s iPad lineup will look like with the addition of the iPad Pro. 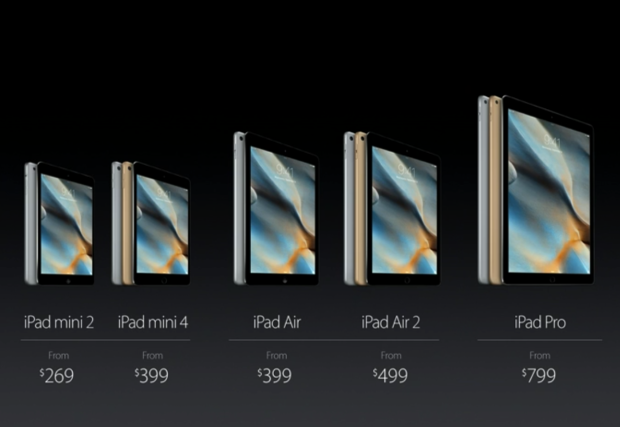 Apple started the event with some new apps available on the Watch, including Facebook Messenger, iTranslate and a viewer for your GoPro. The company also announced a partnership with Hermes, which is bringing three leather bands to the Apple Watch. Apple is also broadening the range of colors available for the sport bands, including a product(RED) band.