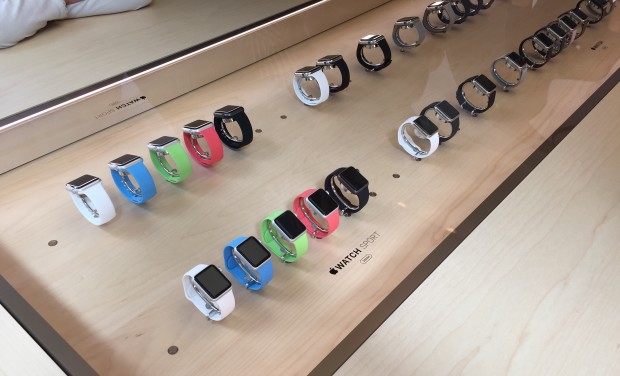 Unsurprisingly, a lot of people pre-ordered an Apple Watch during its first weekend of availability. Several different sources have estimated that orders for the device reached around 1 million units worldwide, showing a great deal of user interest in Apple’s first foray into the smartwatch market.

Cowen and Co., an analysis firm that investigates Apple product launches, said in a note obtained by Cnet that its estimate of 1 million Watches sold is based on interviews that the company conducted with Apple retail employees over the weekend. Those employees each helped customers at “several dozen” Watch try-on appointments.

“Based on our discussions, these showings are translating into Apple Watch pre-orders 85-90% of the time,” Cowen analysts said in the note.
“Extrapolating the frequency of appointments and conversion ratio metrics across Apple’s retail footprint of the Watch’s launch markets, we believe weekend pre-orders could easily be in the range of 1 million.”

The company hasn’t yet released its own official sales figures, but these estimates are a good preliminary sign for the device. Smartwatches aren’t devices for everyone, so this level interest in the Apple Watch shows that users are at least willing to take a chance on Apple’s entry into the market.

There are still 11 days before the Watch officially launches, and it will be a while before most users get their hands on the device. Right now, pre-orders for most models aren’t expected to ship until June, and it’s not clear when Apple will start selling the Watch in its retail stores.