TV fiends who want to shape the future of Amazon’s Prime Instant Video streaming service have a new set of pilots to watch this weekend. The company just launched its latest slate of shows today, with 6 shows for kids, and 7 new adult-oriented programs. It’s all available for free streaming from Amazon Instant Video. 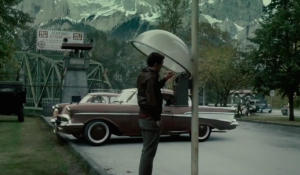 This time around, the shows include “The Man in the High Castle,” a drama based on the Philip K. Dick novel of the same name; “Down Dog,” a comedy about a loopy yoga instructor; and “The New Yorker Presents,” a new variety show that features short films, documentaries, interviews and more based on content from the venerable magazine. After viewing, people can vote on the shows they liked and disliked, and influence which ones Amazon chooses to pick up for a full season.

The new season launches just as Amazon won two Golden Globe awards for “Transparent,” a dark comedy that came out of its second pilot season.

Stay tuned to GeekWire for our review of the pilots.