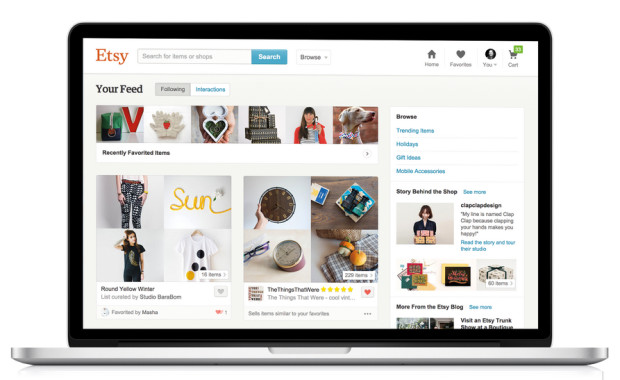 Etsy may be getting a little antsy.

It’s unclear when the new site might launch, but the Journal notes that Amazon has been inviting Etsy sellers to join the new marketplace.

“We’re offering artisans like you a first peek at Handmade, a new marketplace for handcrafted goods,” according to an email that the Journal obtained that was sent to Etsy sellers.

The new competitive threat could cause a bit more indigestion for Etsy, which has seen its stock plummet in recent weeks. The company priced its IPO at $16 per share, and the stock quickly doubled, but shares have since retreated and are now trading just above $17.

Founded in 2005, Etsy claims 1.4 million active sellers and 20.8 million active buyers. It recorded gross merchandise sales of $1.93 billion last year, but it is also losing money, posting a net loss of $36.6 million during the first quarter. It went public on April 15th, and is now valued at $2 billion.

Amazon has targeted other online retailers that have gotten in its way, most famously putting a stranglehold on Quidsi (operator of Diapers.com). Prior to its acquisition of the company, Amazon aggressively dropped the prices of its diapers in order to gain market share with parents.