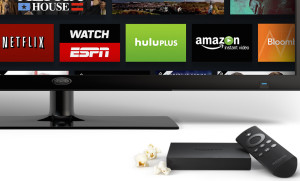 Amazon Fire TV is continuing to rapidly expand consumers’ selection for new games, channels and apps. Amazon said this morning that it has added more than 600 options to the Fire TV and Fire TV Stick in the last three months.

Some of the new titles include Popcornflix, Funny Or Die, Candy Crush Saga, and Fox News. Game options have also expanded due to the new GameFly game streaming service. At launch, Amazon Fire TV was touted as a low-powered game console. GameFly takes advantage of that by offering games on demand for a monthly subscription fee.