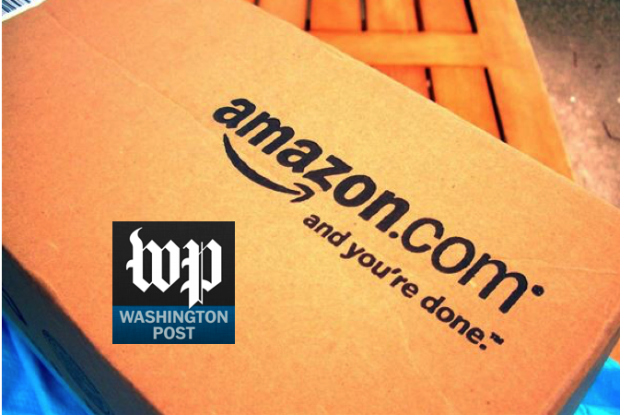 Amazon launched a new promotion with The Washington Post this morning, offering its tens of millions of Amazon Prime members the opportunity to sign up for a free digital subscription to the newspaper — converting automatically to a discounted paid subscription after six months.

It’s the latest collaboration between the e-commerce giant and the newspaper, which was acquired by Amazon founder Jeff Bezos two years ago. Amazon is touting the promotion as a benefit to Prime members, but it also promises to be a boon for the Washington Post — giving the newspaper a deep connection to some of Amazon’s most loyal customers.

As part of the signup process for the promotion, Prime members are told that Amazon will provide the newspaper with their name, email address, zip code and billing address.

Signing up for the free subscription also requires Prime members to agree to pay $3.99/month for the Washington Post digital subscription after the six-month promotional period — using a credit card on file with Amazon’s payment system — although they can cancel at any time.

“The Washington Post offers world-class journalism that can be conveniently accessed through a variety of devices,” says Amazon Prime VP Greg Greeley in a news release announcing the promotion. “We’re always looking for ways to enhance Prime for our members and we’re excited to be able to offer them six months of free unlimited digital access to The Washington Post National Digital Edition and at a deeply discounted monthly rate thereafter.”

We asked Amazon if the company plans to do anything similar with other newspapers, and a spokesperson said, “We’re always looking for opportunities on behalf of our Prime members.”

In a previous promotion, Amazon offered a trial subscription to the Washington Post’s Kindle app. The app was delivered to all Fire tablets at the time in an over-the-air update.