It has been an interesting two weeks of speculation as Netflix seems poised to make some serious changes.

Next, Netflix announced they would be raising subscription prices in the UK, a move that has caused far less of a stir than the advertisement rumors, but still has people wondering stateside if another price increase might be coming.

So with that in mind, Exstreamist decided to take a poll to get a feel for where most readers stand when it comes to what Netflix should do next to enable them to grow their content library. We surveyed 100 Netflix subscribers and the results were pretty interesting, as you’ll see below.

For a bit of clarification, when we asked about ads in the survey, we specifically mentioned we were talking about third party advertisements as opposed to in-house ads promoting Netflix content. 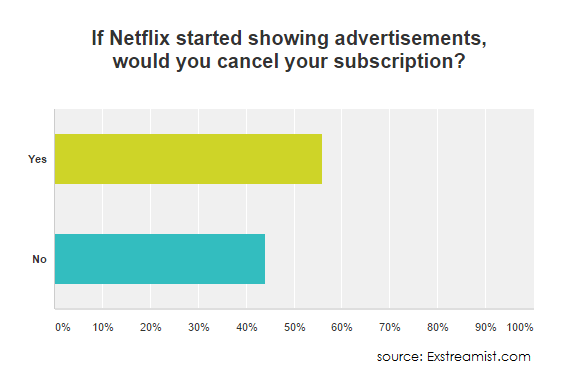 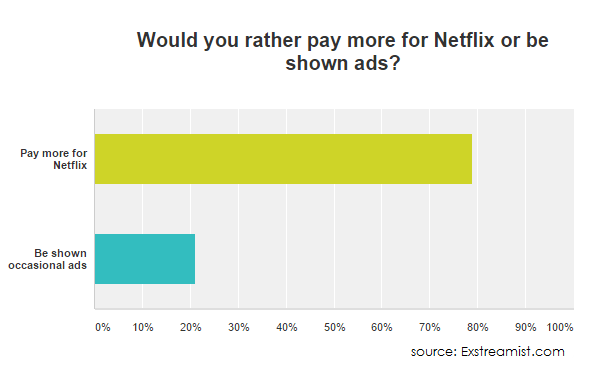 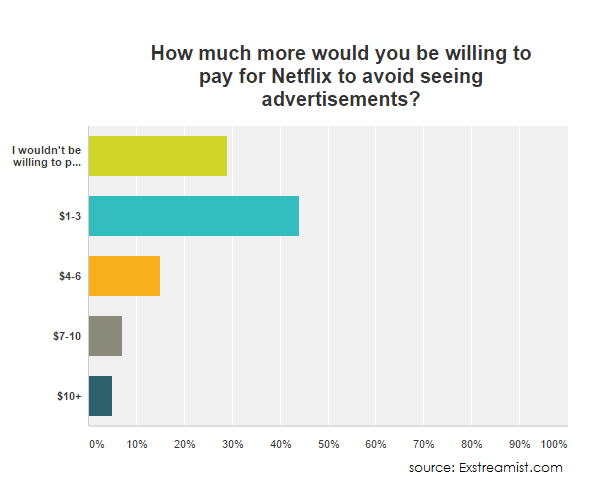 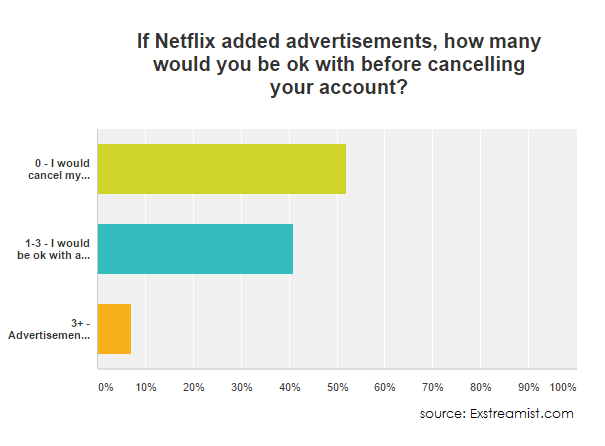 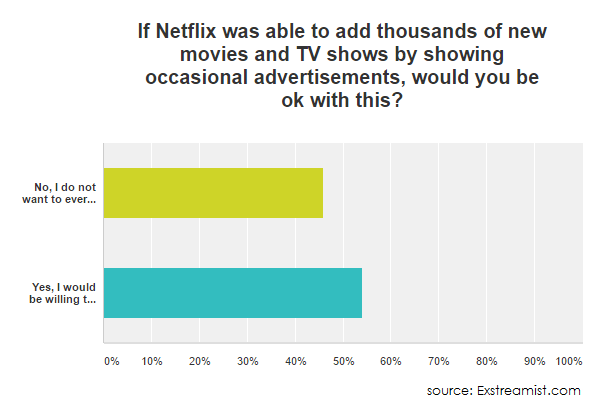 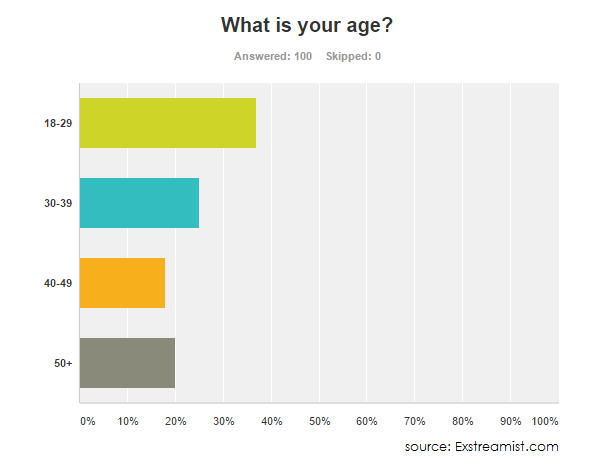