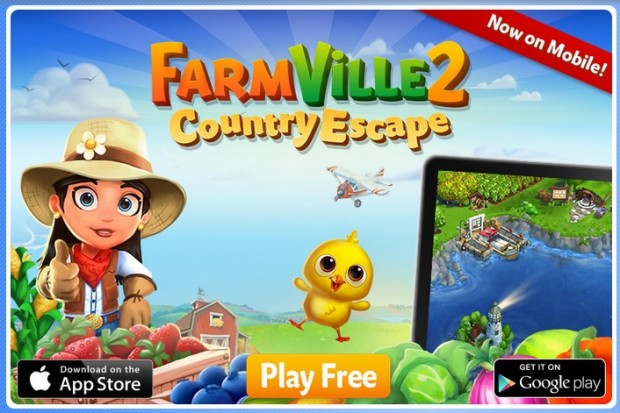 As part of the game company’s first-quarter earnings, Zynga has made a number of executive-level changes, hinting that it needs to do even more before it can complete a full turnaround.

Starting at the very top, Founder Mark Pincus will no longer serve in an operational role, and will step down as chief product officer. He will continue as chairman of the board.

Zynga also hired a number of new executives, including Alex Garden as President of Zynga Studios, one of the San Francisco company’s first hires from Xbox since the former Microsoft executive, Don Mattrick, joined the company as CEO.

Garden 39, previously worked at Microsoft, where he held the positions of General Manager for Xbox LIVE and Xbox Music, Video and Reading. Prior to that, Garden was at Nexon Co. Ltd., a South Korean developer and publisher of video games, where he served as Chief Executive Officer of Nexon Publishing North America, the company’s North American game development unit.

He has replaced Steve Chiang, who will be leaving the company, according to a letter that Mattrick sent to employees today (See the full letter below). “I want to thank Steve for his years of creative contributions to Zynga,” Mattrick said. “He remains a friend to the company and we wish him well in his future endeavors.”

First, today we announced that Founder Mark Pincus has decided to move on from his operational role as Chief Product Officer at Zynga to focus on serving as Chairman of the Board of Directors.

I would like to take the opportunity to thank Mark for his dedicated service to Zynga since the company’s founding in 2007. Since that time, Mark has built Zynga into an entertainment leader, turning brands like FarmVille, Words With Friends and Zynga Poker into household names and daily habits for millions of consumers.

It is truly a privilege to lead Zynga and I was honored when Mark asked me to join the company as CEO and guide its next chapter of growth. Mark’s mission to connect the world through games and his unwavering passion for social was a big reason why I joined Zynga. Over the last 10 months, I have found his partnership to be intellectually rewarding, and I am deeply grateful for the opportunity to continue building out his vision.

I am thankful for the trust that Mark has instilled in me and the rest of the Zynga leadership team. Going forward, with Mark in his role as Chairman of the Board, we will continue to be close partners and work together to achieve our winning aspiration to be the at scale industry leader by delivering more #1 games in more categories than any other competitor.

On the creative and technical front, today we announced that that we have hired Alex Garden as President of Zynga Studios, reporting to me. Alex brings with him twenty five years of gaming experience, and a history of architecting consumer entertainment experiences across free-to-play and console gaming.

Alex comes to us from Microsoft having served in a number of leadership roles including General Manager of Xbox LIVE and Xbox Music. In these roles, he helped Xbox scale to 41 countries and tens of millions of subscribers with a world-class content library from partners like HBO, Netflix and ESPN. Prior to joining Microsoft, Alex was at Nexon where he served as Chief Executive Officer of Nexon Publishing North America. Before Nexon, Alex founded Vancouver-based game developer Relic Entertainment where under his leadership the company launched nearly a dozen games including Homeworld, which was named “Game of the Year” by CNN and PC-Gamer.

On a personal note, I met Alex 25 years ago when he began his career working as a game tester for Distinctive Software, which I founded in 1982. He is an exciting hire for us as we focus on growing and sustaining our franchises, creating breakthrough entertainment experiences and developing more creative leadership across Zynga.

Alex starts on May 5th and will oversee all Zynga studios as well as our CTO division led by Nick Tornow. Our new Chief Visual Officer, Henry LaBounta as well as Pauline Moller, previously Vice President of Operations for Casino, will also report to Alex.

Pauline will play an important role at Zynga as our new VP of Studio Operations. Prior to joining the company, Pauline spent more than 14 years at Electronic Arts where she oversaw more than 1,400 employees, shipped over 50 AAA titles and architected EA’s game development framework. She also served as Senior Vice President and Chief Operating Officer for EA SPORTS, where she was responsible for business operations, strategic planning and studio development.

Moving forward, COO Clive Downie, CFO David Lee, GC Devang Shah, NaturalMotion’s CEO Torsten Reil and Alex as President of Zynga Studios, will report directly to me. This change in our executive leadership team creates a more agile CEO Staff as we continue to scale our business and execute against a year of continued growth.

Finally, after four years with the company, Steve Chiang will be leaving Zynga and transitioning his role over the next month. I want to thank Steve for his years of creative contributions to Zynga. He remains a friend to the company and we wish him well in his future endeavors.

These organizational changes are critical to help us execute more nimbly against our strategic frame of grow and sustain, create new hits and drive efficiencies. As we grow our culture of innovation, I am confident that these leaders will strengthen our creative and technical capabilities as well as nurture and mentor our existing teams.

At 2 pm PDT today, Clive Downie, David Lee, Mark Vranesh and I will discuss these organizational updates as well as our Q1 2014 financial performance on our earnings call. If you would like to listen, the webcast will be accessible on the Investor Relations page at investor.zynga.com.

Tomorrow, please join Clive, David and I for an All-Hands meeting at 2 pm PDT in the Café where we will discuss our leadership changes and answer any questions you have.

And here’s the note from Pincus:

I’m writing today to share that I have decided to change my role to non-executive Chairman. This means that, while I’ll still keep an office at Zynga, and be active in supporting the company, I will not have an operating role. Most importantly, I remain Zynga’s largest shareholder and biggest believer.

I have full faith in Don’s leadership and ability to take Zynga to its next level. Over the past 10 months it has been great to work with Don and you all to reshape our company for the future. While that effort is still in early stages, we can already see exciting milestones like Zynga Poker returning to growth, FarmVille 2’s recent mobile launch (hitting #1 free US iPad app this week) and the addition of the talent, technology and IP from NaturalMotion.

This progress you have all made is remarkable, and it is just a hint of things to come. Together, we have reached more than 1 billion people through our games and enabled them to make valuable and even life changing connections. The most gratifying part is receiving emails such as the one I got this past weekend from a player named Justin who met the love of his life playing Words With Friends.

Zynga today represents a unique combination of assets, talent and opportunity. No other company offers consumers our breadth of game offerings and dedication to combining consumer accessibility with fun and social.

I’m confident that Don, along with our amazing creative and technical product leaders will continue to focus on innovating in social gaming, driving mobile growth and building out our strong franchises – FarmVille, Words With Friends and Zynga Poker, as well as inventing new brands that will delight and connect more players. Their leadership skills combined with your passion and inspired work will take Zynga to our next chapter of growth, as we pursue our mission of connecting the world through games.

I want to thank you all for the amazing contributions you have made so far, not just to Zynga, but to tens of millions of people around the world who, because of you, have decided to make play a key part of their day.

Please continue to feel free to reach out to me. I will always respond to your emails and passionately partner with you on new ideas for your products.