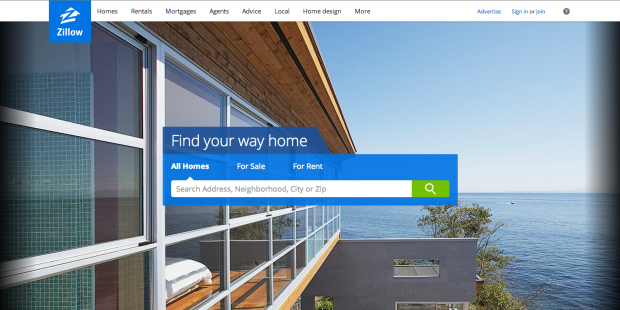 Seattle online real estate company Zillow saw its traffic drop during the month of November, part of a seasonal shift of when people look to buy and sell homes. For November, Zillow saw 74.3 million unique visitors — down from 82.3 million in October. Traffic, however, was up 40 percent when compared to November 2013.

Zillow’s traffic peaked in July at 88.8 million visitors, usually the most popular time to buy and sell homes. That was a 45 percent increase over July 2013.

The company is spending heavily on advertising, looking to create the dominant brand in online real estate. It will move closer to achieving that goal, if its planned acquisition of rival Trulia occurs as expected early next year.

Here’s a look at Zillow’s traffic over the past two years, which has more than doubled since 2012. 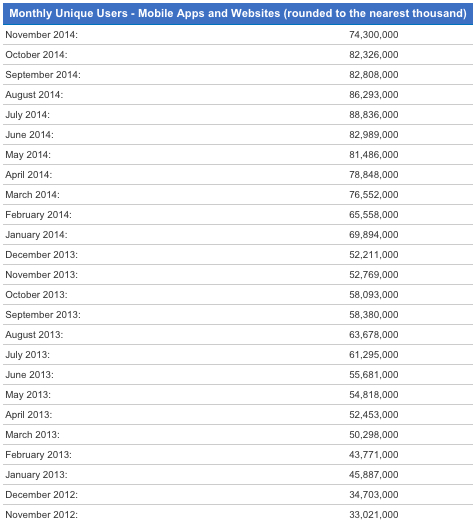