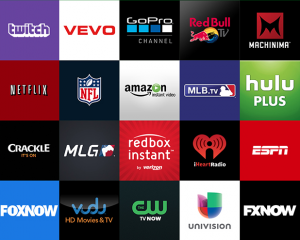 There’s good news today for Xbox owners that have wanted to use apps like Netflix and Hulu, but avoided paying for a $60/year Xbox Live Gold membership.

Microsoft announced this morning that starting in June, anyone with an Xbox One or Xbox 360 — regardless of your Xbox Live Gold membership status — will be able to access more than 170 gaming and entertainment apps, including Netflix, Hulu and ESPN. Xbox One owners will also be able to use Skype, OneDrive and OneGuide without a membership.

This is a big move for Microsoft. Other streaming media competitors like Sony, Apple and Roku have never charged extra in exchange for access to apps like Netflix and Hulu, and the Xbox Live Gold memberships were a nice revenue generator for Microsoft.

Xbox Live Gold subscribers will still have benefits, like online multiplayer, free games with Games with Gold — the program is coming to Xbox One in June — and other exclusive discounts.

Microsoft also announced today that it will be selling a standalone Xbox One without the Kinect for $399 — about $100 less than the current bundle.