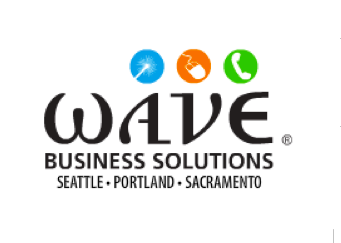 For the third time in the last 15 months, WaveDivision Holdings has acquired another fiber-based company.

Kirkland-based WaveDivision, which operates Wave Broadband, announced Wednesday the acquisition of Capacity Provisioning Incorporated (CPI), the largest privately owned fiber-based provider on the Olympic Peninsula of Washington. Terms of the deal were not disclosed.

WaveDivision CEO Steve Weed told us that the deal will help Wave expand its coverage area and continue the company’s recent push to expand its offerings past just residential areas.

Wave had already provided broadband services to residents in the Olympic Peninsula for decades, but now with the CPI acquisition it can offer service to business and government entities as well.

CPI owns more than 100 miles of fiber optic cable across a 22-mile stretch from the west end of Port Angeles to the east side of Sequim. Its customers include the City of Port Angeles, Clallam County, Olympic Medical Center, the Port Angeles School System and Peninsula College, in addition to several large businesses.

Similar to what Wave did with its acquisition of Spectrum Networks this past September, the Kirkland-based company will retain all CPI customers and employees while continuing all CPI-branded services without interruption. CPI’s owners will remain in a consulting relationship with Wave for one year to help with the transition.

“We’re acquiring a great fiber-optic network that also has a great customer base and great employees that maintain good service,” Weed said.

This is the 16th acquisition in Wave’s 11-year history and third in the last year-and-a-half. The Spectrum purchase came this past September, and Wave bought Bellingham-based Black Rock in January just eight months prior.

Wave has been expanding since 2003, gobbling up companies that have fiber assets while also building out its own fiber optic network. It mainly has focused on residential services, but is now expanding its broadband offering to bigger clients.

Wave has one of the country’s largest network of fiber-to-the-home Internet services with more than 200,000 miles of fiber up and down the West Coast. When asked if the company thinks about potentially partnering with the City of Seattle for a public utility program — something that new Mayor Ed Murray is in favor of — Weed immediately answered “yes,” despite the fact that the city’s last private partnership completely failed.

“We think about it,” he said. “The fact is, we already deliver a quality product here and are expanding. It’s much better than just starting from scratch. We’re the only guys in town with a big network that isn’t the incumbent.”