Uber doubled down on its Washington, D.C. based grocery delivery service, expanding the number of products available to shoppers in the nation’s capital just in time for the holidays. It’s a move that puts the transportation startup on a collision course with Amazon Fresh and other players in the grocery delivery market. 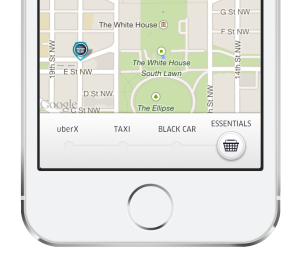 The service is open for business from 9 a.m. to 9 p.m. on weekdays, and 9 a.m. to midnight on weekends. People can purchase a limited variety of products, including Dunkin’ Donuts coffee, Hanukkah candles, wrapping paper, and cold medicine.

Unlike Amazon Fresh, the Uber service is limited to non-perishable items, so it does not sell milk or deli meat, for example.

Right now, UberEssentials is only available for users of the company’s iOS app, but Uber plans to update its Android app to access the service soon.

Amazon Fresh does not operate in D.C., though it has begun expansion on the East Coast in recent months.

Uber wants to diversify the services it offers through its network of drivers, and grocery delivery is a growing sector of the tech industry.

If Uber and Amazon end up competing in the same city, get ready for an epic battle. Both companies are known for being fierce competitors in their respective fields, slashing prices for their services and using controversial labor practices to drive growth. If Jeff Bezos and Travis Kalanick go head to head, it’s sure to be a knock-down, drag-out brawl.

But Bezos could be the winner, regardless, since he is an investor in Uber. Perhaps a partnership?

Uber is gearing up to raise boat-loads of money, too. The company just hired Goldman Sachs to bring in new investment, following a report that it wants to raise another $1 billion. The San Francisco-based company has raised a total of $1.5 billion in funding, including $1.2 billion in its most recent raise, which was made at a $17 billion valuation.