Heads up, Tacoma taxi drivers: You’re about to have new competition.

Just weeks after Lyft and Sidecar began offering their transportation service in Washington’s third-largest city, Uber announced today that it will offer rides in the region next month.

In a blog post, Uber includes a link for interested drivers and a form for businesses that want to partner with the company. Uber notes that while its drivers have been giving rides in Tacoma “for some time,” now it is officially setting up shop in the city. The San Francisco-based company will first offer its cheaper service, UberX, and then roll out other more expensive options later.

Tacoma, located 45 minutes south of Seattle down Interstate-5, currently does not have specific regulations for these app-based transportation companies other than a general business license requirement. City spokeswoman Maria Lee told us last week that elected officials are currently looking into the issue. 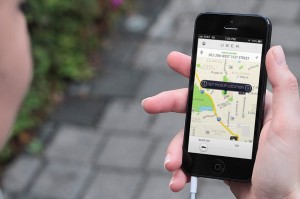 The transportation companies can expect to face some backlash if city leaders decide to regulate the services in the same way they do with taxis. Tacoma has a full list of requirements for anyone who wants to drive a taxi in its city, including proper licensing, criminal background checks and training programs.

However, in an interview on the Jason Rantz Show, Tacoma City Councilmember Ryan Mello expressed optimism for services like Uber in his city.

“I really want Uber to come to town,” Mello said. “I’m excited about it because as someone who likes to get around town as conveniently as possible, I want as many options as possible.”

The Seattle City Council last week voted to cap the number of vehicles that UberX, Sidecar and Lyft can have on the streets at one time to 150 after nearly a year of deliberation. Debated topics — which several other cities in the country are also grappling over — included, among others, insurance requirements and a “level-playing field.”

Mello, however, said he doesn’t think there needs to be any sort of cap in Tacoma.

“As far as I’m concerned as a customer who wants to have options, I don’t see the public policy reason for having a cap,” Mello said.

The City of Tacoma currently licenses about 115 taxis in the area. Mello said he’s unaware of any cap that’s been placed on taxis. Listen to his interview on KIRO Radio here.