Tesla has already changed the way we think about electric cars. Now one Seattle startup vet wants to do the same for motorboats.

Andy Rebele, an entrepreneur-turned-investor, is the founder of Pure Watercraft. His three-year-old company is building high-performance all-electric recreational boats that Rebele says mimic the quality and engineering of Tesla’s vehicles.

“This is like the Tesla for boats because we take a professional engineering approach to our product development,” said Rebele, who sold CityAuction to IAC/InterActiveCorp for $54 million back in 1999.

Rebele founded Pure Watercraft in 2011 while he was thinking about applying the same principles seen in today’s electric cars to boats. He was also frustrated with his own boat, which would often not start and spewed out smells of gasoline — which also made quite a dent in his wallet.

“It struck me that there must be an electric option,” Rebele said. “Finding none, I decided to launch this company.”

While electric boats have been around for years, Pure Watercraft thinks it has come up with a solution that is cheaper, lighter, and more efficient than what’s available on the market today. Rather than simply bolting an electric motor to an existing outboard motor housing, the company is building the entire product from the ground up to be electric.

“Just as Tesla discovered that you have to use lightweight body materials and re-engineer where you place the motor and batteries, we’ve done the same with outboard motors and boats, to build a product that shows what electric can really do,” Rebele explained. “That’s the only way to achieve the range, performance, longevity, and quiet experience we think boaters want.” 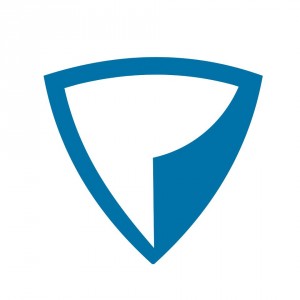 There are similar companies that sell electric motors, from Torqeedo to Aquawatt to Ray Electric Outboards. Rebele said Pure Watercraft differentiates itself with a “comprehensive solution to the whole system” that includes a battery pack and charger system. The product also keeps batteries at a healthy temperature — similar to Tesla — to extend the amount of electricity available.

“We end up with a lightweight, high performance outboard and battery system that achieves very high efficiency, long life, and no maintenance,” said Rebele, a former member of the Stanford varsity crew team. “These results are impossible using a traditional outboard housing and cobbled-together battery pack.”

A company’s outboard motor will be made in 9.9 to 25 horsepower configurations and will be offered with a matched battery pack and charger. Pure Watercraft will target the 50,000 people who buy recreational boats with gas motors each year.

The company has raised $1.5 million to date, a majority of which has come from Rebele. Techstars Seattle Managing Director Andy Sack is also an investor.

“We see this becoming a viable competitor in the outboard motor market, delivering the best solution for those who value quiet, clean, efficient boating,” Rebele said.