— Sprint CEO Marcelo Claure is now making his mark on the leadership team after cutting 2,000 jobs just weeks ago.

As part of the high-level shake-up, Douglas Michelman has been hired as Sprint’s SVP of corporate communications and corporate social responsibility. Michelman comes from Visa, where he worked for 10 years, most recently as chief communications officer. He replaces Bill White, who will be leaving the company after 32 years. Other departures include Jeff Hallock, the company’s chief marketing officer, and Matt Carter, head of business sales, reports Bloomberg. Bob Johnson, Sprint’s retail chief, is being appointed to a new position called chief experience officer in charge of customer care. Frank Boyer, an outside consultant, will become chief procurement officer.

— Russ Mann has been named chief marketing officer of Seattle-based Nintex, which makes workflow automation software. Mann will oversee Nintex’s global strategic marketing, brand and demand initiatives. Prior to joining Nintex, he was co-founder, chairman and CEO of Covario and Rio SEO, which was recently acquired by Dentsu Aegis.

His appointment closely follows several other recent additions to the team, including Josh Waldo as VP of channel strategy and channel programs, Jeffrey A. Christianson as general counsel and board members Steve Largent, Brian V. Turner and Mark Woodward.

“He is a strong leader with a proven success record in marketing, business development and product and corporate management at both publicly traded and high-growth software companies, and we look forward to him heading up our worldwide marketing team,” said John Burton, Nintex’s CEO. 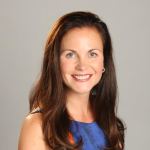 — PayScale has added two new members to its leadership team: Melody Brown, who has been hired as SVP of sales, and Stacey Klimek, who has been promoted to VP of People. The two appointments will support the Seattle company’s growth after receiving a $100 million investment by Warburg Pincus in April.

PayScale, which generates salary reports for job seekers, said Brown has 16 years of sales experience. She recently worked at DataCore Software, an enterprise storage company. She has also previously held positions at Safeco Insurance, Peak Consulting and Lexmark International. Klimek, who had been with PayScale for five years, was previously the company’s controller, responsible for human resources, hiring and retention, and accounting. Before PayScale, she was CFO at Redhawk Group, a construction firm, and was a controller at Captura Software and NetMotion Wireless. 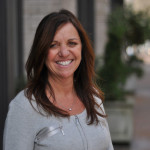 “PayScale is experiencing an exciting period of growth. Our revenues have increased dramatically and the company has grown from 60 people in 2011 to nearly 200 this year,” said PayScale CEO Mike Metzger. “We’re delighted to enhance our sales leadership team to capitalize on the market opportunity for modern compensation solutions. In addition, we increased our recruiting efforts to attract highly qualified professionals so the company can continue to innovate and accommodate our rate of growth.”

— IID, a Tacoma-based company that acts as a central resource for cyberthreats, has brought on board Kelly Haggerty, a former McAfee VP to serve as its first chief product officer. Haggerty will be responsible for IID’s product strategy, releases and other solutions, including the company’s threat intelligence management system called ActiveTrust. At McAfee, Haggerty served as the company’s VP of product, in charge of worldwide development and execution for the company’s security management platforms. Before McAfee, Haggerty worked at Actiance and SurfControl, which was acquired by Websense.

“For businesses looking to secure themselves and their customers, the biggest challenge is cutting through the noise of all of the cyberthreat data, determining what is important to them, and then having that intelligence plug and play with any of their security appliances,” Haggerty said. “ActiveTrust breaks these barriers and that’s why I’m so excited to join IID to continue their long legacy of innovating ways to make the Internet a safer place.”

— Point Inside has named Sebastien Fouillade as head of product. He will be tasked with helping to define product offerings, and to act as an advocate for in-store shoppers. Point Inside announced this week that it was providing in-store maps for all 1,800 Target stores in the U.S. “Point Inside is paving the way in mobile engagement for brick and mortar stores and this is a great opportunity to help shape totally new shopping experiences,” Fouillade said.

Prior to joining Point Inside, Fouillade was heading up a Seattle-area based innovation center for Mycroft, a New York-based security consulting firm. He said after spending nine months building a product team, Mycroft decided to change strategy and close the center.