Respected venture capitalist Bill Gurley sparked quite the reaction earlier this month after his comments noting how the current tech boom is starting to show signs of the dot-com boom (and bust).

“Every incremental day that goes past I have this feeling a little bit more,” Gurley told the Wall Street Journal. “I think that Silicon Valley as a whole or that the venture-capital community or startup community is taking on an excessive amount of risk right now. Unprecedented since ’99. In some ways less silly than ’99 and in other ways more silly than in ’99.”

Some of our speakers at last week’s GeekWire Summit, however, aren’t quite as worried.

“When you hear people compare the environment today to 1999, I’d say it’s a sign that they either weren’t there or weren’t paying attention in 1999,” said Zulily Chairman Mark Vadon. “It was a different world.”

Vadon, who helped take online retailer Zulily public last year, explained that startups today are operating at a different scale than in 1999.

“It’s not like the late 90s or early 2000s where there wasn’t revenue,” Bird said. “[Companies today] are really driving growth … and if you don’t have high growth, you aren’t getting the same valuations.” 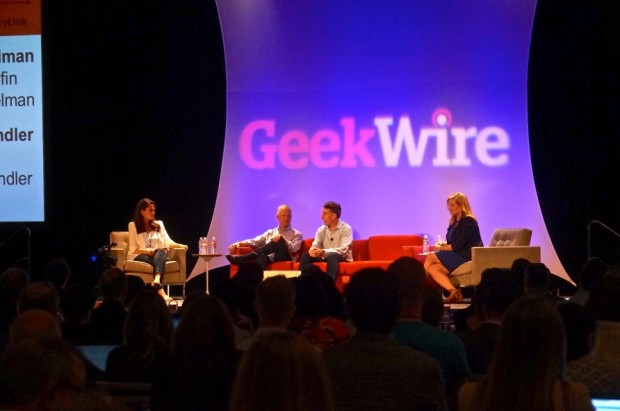 Crist said he understands Gurley’s point of view, noting “silly stuff” like Yo’s $10 million valuation. But the Chef CEO added that the aggressive spending and valuations are a result of untapped potential for a variety of companies.

“If we think about the shift to cloud IT or web-scale IT, it’s really in the beginning,” he said. “There’s no question that it’s definitely happening, yet I think we are 5 to 10 percent along the way — not 80 percent.”

As a result, Crist said that there will be a “rise of new titans” over the next four to five years.

“This is not a time to sit on the sidelines and be shy about it,” he said. “This is a time to go out and grab it.”

Kelman agreed with Vadon on the environment changes, noting that nowadays, “you have to earn the right to really lose a lot of money” — which wasn’t always the case in 1999.

“If you’ve demonstrated that you know how to make investments that pay off and you bring a company back to profits periodically, I think that gives you some credibility,” he said. “It’s definitely a more balanced story.”

Kelman, Crist, and Bird agreed that when a startup decides to raise money, it comes down to a company’s culture — how short is the path to profitability? — and the balance sheet.

“If you just don’t have the reserves and have to go back out for more money, you can really be caught holding the bag,” Kelman said.

While Vadon said today’s funding environment is vastly different than during the dot-com bust, he did note that valuations are rich and that “we are closer to the top of the cycle” than the bottom. He warned: “When it turns, it turns fast.”

For that reason, he suggested that entrepreneurs be cautious with their funding.

“My advice is in general is that when the market is good, raise a bunch of money and then don’t spend it too fast,” Vadon said. “The burn rates can get really high. If you’ve only been in a market where the capital markets are up and to the right, you keep thinking, ‘well, I’ll always be able to go back to the market.’ That’s not always the case. You always need a Plan B.”

You can watch the sessions below. The CEO panel discussion about the bubble starts at 9:30, while Vadon’s comments comes in at the 24:00 mark.