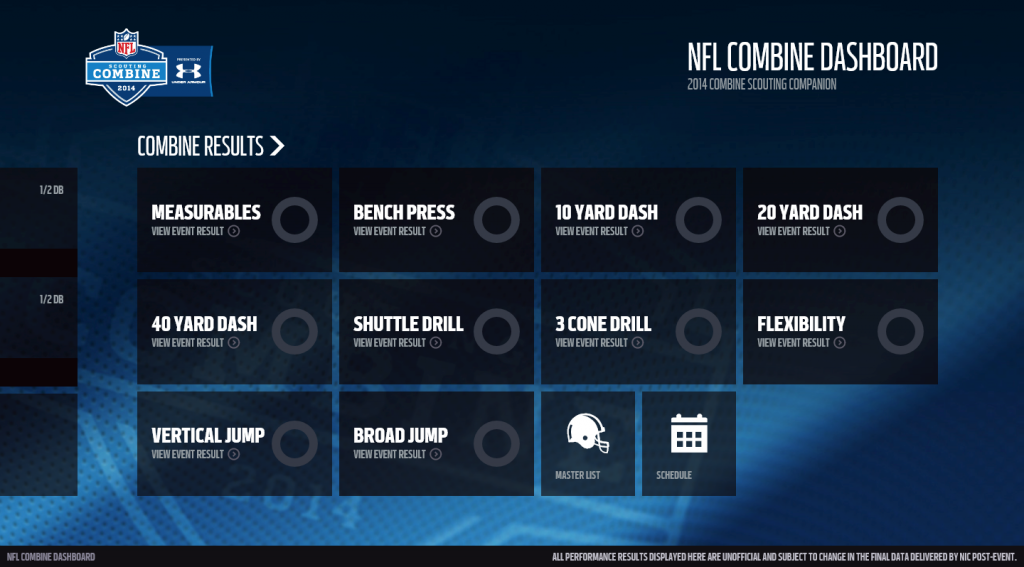 We’re beginning to see more and more of Microsoft on and off the NFL field thanks to a partnership inked last year, and this week’s NFL Scouting Combine was another example of that. 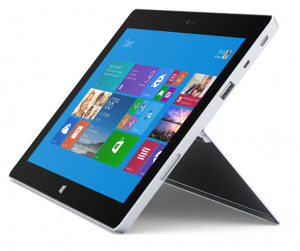 Officials from all 32 teams at the Combine, a week-long showcase that lets 335 college football players demonstrate their physical and mental abilities through a series of tests, used Microsoft’s Surface tablet to help them access player information.

Microsoft built a custom app called the NFL Combine Dashboard that allowed team personnel to track each player as they moved through the different tests while accessing real-time results. The app also included a daily and weekly schedule for each event, in addition to individual player pages. 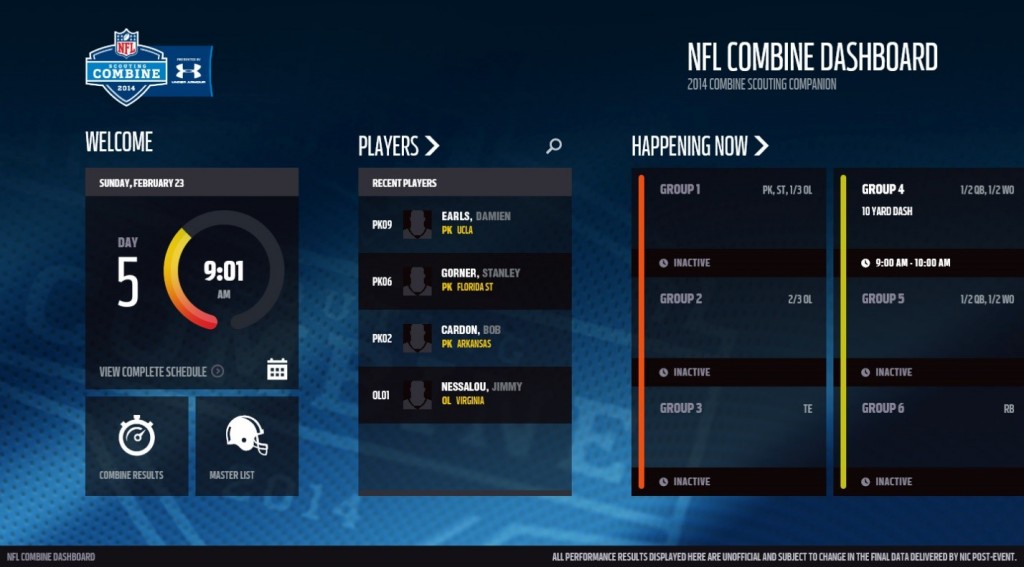 Microsoft and the NFL signed their partnership last year as the Surface became the “official tablet of the NFL.” Microsoft’s branding was apparent around NFL stadiums throughout the year, while medical trainers from select teams also used the Surface to monitor concussion information during games.

It will be interesting to see what other ways Microsoft and the NFL work together in the coming years. I’m particularly intrigued to watch the players and coaches use the tablets in-game to make strategic changes, much like the NBA’s Portland Trail Blazers do with the iPad.