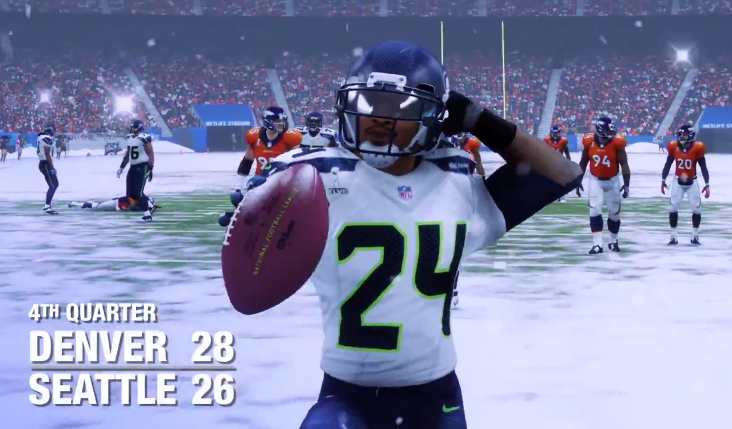 But when it was all said and done, the Broncos inched by the Seahawks to win Super Bowl XLVIII — well, at least according to a Madden simulation.

EA Sports’ Madden ran its annual Super Bowl simulation and it was the Manning-led Broncos winning the big game, 31-28, off a 49-yard overtime field goal from Matt Prater.

The simulated Super Bowl called for chilly temperatures and snow at MetLife Stadium, even though the actual forecast shows a 20 percent chance of precipitation this Sunday.

As for the game, it was a good one. The Hawks went up early off the Sherman pick-six, but Denver stormed back to take a 21-10 third quarter lead.

But a long touchdown run from Marshawn Lynch and a clutch 2-point conversion tied the game at 28 as regulation ended.

Even though Seattle won the coin toss and had the ball to start overtime, the Broncos defense forced a three-and-out. Manning took care of business minutes later, which set up the game-winning kick.

Seahawks fans will certainly brush aside this simulated prediction, but Madden has actually fared pretty well in the past decade, correctly picking eight of the past 10 Super Bowl winners. In fact, last year Madden was spot on with its winning team, point spread and MVP predictions.

But maybe Madden’s psychic skills are off this season — at least I’d like to think so. Go Hawks.