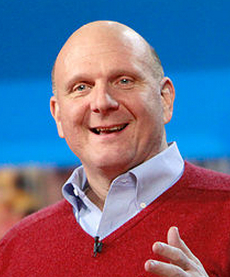 Now that he’s no longer running the ship at Microsoft, Steve Ballmer has a wee bit more time on his hands.

So, naturally, the former CEO is honing his golf game on the links.

Ballmer, who seems to reference golf in every post-Microsoft interview, said in March that he can play “just about any golf course I want,” now that he’s not working every day and quite wealthy. And according to records on the Golf Handicap and Information Network, it certainly seems so.

Many golfers post their scores online to maintain a handicap, which allows players to measure their potential skill level and compete with others on a level playing field. Ballmer’s handicap is currently sitting at 11.2, which means at his best, the former Microsoft vet is walking off the course with about an 11-over par 83. 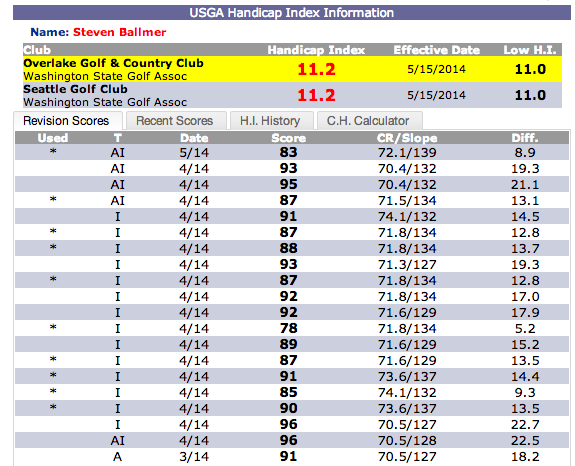 The 58-year-old has only posted one score this month, but that doesn’t necessarily mean he isn’t playing. Many golfers will enter their scores in bunches, and based on Ballmer’s golf activity last month, that may be the case.

We’ll be tracking Ballmer’s progress as a hardcore golfer in the next few months. He certainly needs to step up his game if he wants to outplay other CEOs on the course. For example, Chevron CEO John Watson has a 1.4 handicap, while Comcast CEO Brian Roberts has a 5.8.

However, Ballmer does have a leg up on his good pal and former colleague Bill Gates. The Microsoft co-founder hasn’t posted a score since 2003, but based off his track record back then, it appears Ballmer has the edge: 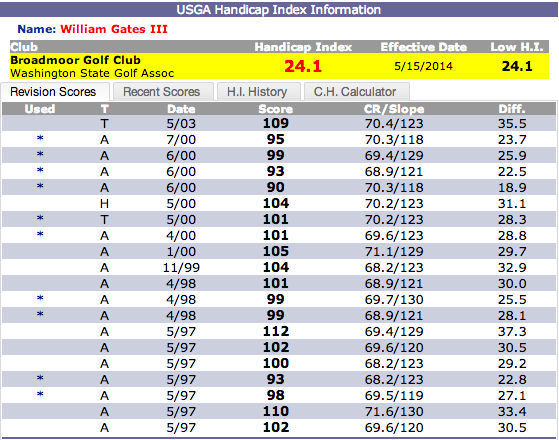 You can look up anybody’s handicap here.