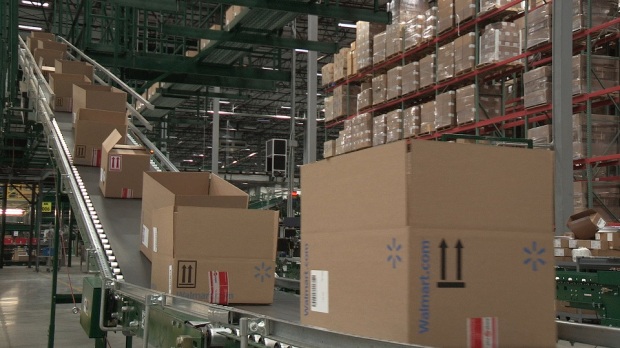 A year ago, shoppers were frustrated when packages did not arrive in time for Christmas as promised. Retailers and delivery giants couldn’t keep up after extreme weather and a last-minute surge in shopping left them buried under a mountain of packages.

In fact, an estimated 2 million gifts arrived too late to be put under the tree.

Trying to avoid a repeat, retailers have acted early this year to put safeguards in place. But with so many unknowns, it’s hard to say if the changes will be enough.

RELATED: Amazon wants the Black Friday shopping frenzy to last for a month

By all accounts, this is expected to be another blockbuster season for online retail. FedEx expects deliveries between Thanksgiving and Christmas Eve to rise 8.8 percent from last year, to 290 million shipments. Volume is expected to surge on each of the first three Mondays in December. FedEx predicts a peak of 22.6 million packages on Monday, Dec. 15.

Larger numbers of seasonal workers have been added to handle the demand. Amazon, the largest online retailer, is adding 80,000 workers for the holiday rush, an increase of 14 percent from last year, and up 40 percent compared to 2012. UPS is hiring up to 95,000 seasonal employees to handle “the anticipated holiday surge in package deliveries that begin in October and continue through January 2015.”

According to the National Retail Federation, U.S. retailers overall are expected to hire between 725,000 and 800,000 seasonal workers this holiday, which is potentially more than the 768,000 they hired in 2013. Shop.org, the online retail industry association, is predicting that Internet sales for November and December will grow between 8 to 11 percent to as much as $105 billion.

But is it possible for such a logistically challenging situation to run smoothly?

Last year, the snow and last-minute surge were exacerbated by retailers setting aggressive deadlines promising on-time delivery until the last minute. This year, the deadlines have not yet been announced, so it’s unclear if retailers will again push the envelope.

In 2013, the late cutoff times contributed to the havoc. To see who was keeping their promises, a New York-based startup called StellaService bought packages from numerous retailers on the last day promising Christmas arrival. The sample group included companies like Walmart, Amazon and Victoria’s Secret.

Eight of the companies failed to get their products to recipients by Christmas in at least one region. Of the 75 packages involved in the test, nine packages —or 12 percent — missed the promised delivery time. Eight of those nine late deliveries were shipped via UPS, StellaService said.

Even if a year of preparation will correct past mistakes, there are new services that have not been tested under extreme conditions.

Take, for example, the ability to order online and pick up in the store. This holiday, Target is promising that online orders can be picked up in the store within an hour of placing them 80 percent of the time. Other major retailers, like Macy’s and Walmart, also offer the service.

Another new service that some retailers are implementing this year is shipping from stores, rather than warehouses. In some cases this will allow packages to get to customers faster because the inventory is nearby. Those systems, however, largely rely on retail workers, who may not be as adept as workers who spend all day picking and packing in a warehouse.

In an interview, StellaService’s CEO Jordy Leiser said many of these services have not yet faced the high volumes experienced during the holidays. “This is the first year many of them have rolled out ship-from-store and buy online and pick-up in store,” he said. “This is the year that it is being stress-tested.”

There’s also a host of other companies offering other services, like same-day delivery, which may see unprecedented demand during the holidays this year as customers look for new ways to avoid traffic and mobbed malls.

Google, eBay and Amazon (through its Amazon Fresh service) are three examples of tech giants offering same-day delivery in limited markets. Startups in the space include Deliv, Instacart, Postmates and Zipments. Even Nordstrom offers its own same-day service in Seattle.

But can these fledgling delivery fleets stand up to unprecedented holiday demand?

The answer to all of these questions will be under your tree on Christmas morning … or not.