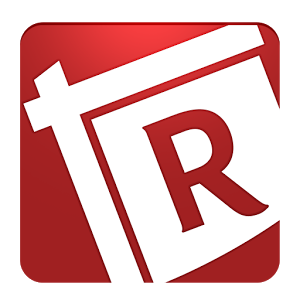 Redfin plans a significant update to its iPhone app, aiming to improve how users share listings from the Seattle-based brokerage with their friends on Facebook.

When users find a home they like inside Redfin’s app, they’ll be able to touch the app’s share button, and then tap “Send with Messenger.” That will open up a dialog which lets users punch in the names of their Facebook friends and send them a private message with the listing attached.

The Send with Messenger dialog is a new feature for app developers announced at Facebook’s F8 developer conference today, where the new Redfin app was announced. The feature allows users to send messages even without logging into a third-party app with their Facebook credentials.

Redfin recently conducted a survey of 449 visitors to its website, and found that 93 percent of people interested in sharing home listings planned to do so on Facebook. This feature makes it possible for people to share homes that they’re interested in with a select group of friends, without spamming their friends’ News Feeds with home listings.

Here’s a graphic that shows how it all works: 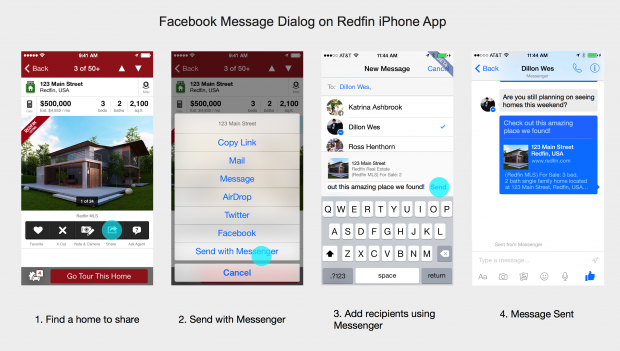 In addition, Redfin will be rolling out an update in the future that takes advantage of Facebook’s newly-announced App Links service. The feature means that links to Redfin listings inside Facebook’s apps and other apps using the App Links service will direct users to Redfin’s iPhone app rather than opening a link to the listing in a user’s browser.

While the update isn’t live on the App Store just yet, Redfin says that the new features will be available by June of this year.

[This article has been updated to clarify the results of Redfin’s user survey.]