The idea of finding the next great career opportunity without having your current employer know about a potential new job seems to be catching on.

Poachable, a Seattle-based service designed to help passive job candidates find new jobs — in private, and anonymously — just raised another $500,000 to continue building out its product.

Poachable, which launched this past summer and was created by the folks at Yabbly, is a mix of existing tools like LinkedIn, Tinder, Weave, and CoffeeMeIn. Interested employees first list their private requirements for changing jobs. From there, they can browse curated job matches and anonymously “favorite” the ones they like. 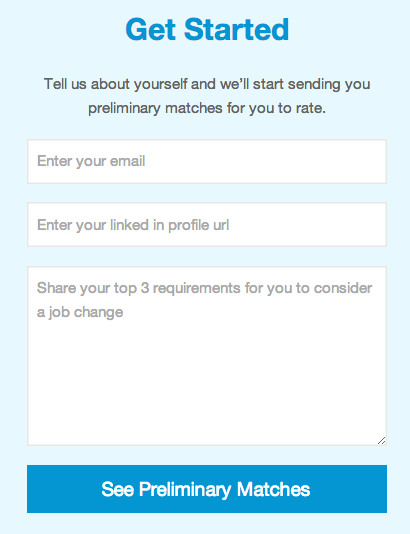 Then the service applies a Tinder-like model. When an employer — one that you’ve already “favorited” — likes your anonymous profile, you’ll be sent a notification that allows a communication line to open up between the two parties.

The tool is built for developers, marketers, product people and designers for high-growth companies in the tech industry. More than 100 hiring companies have already signed up.

“Information is revealed step by step, so people don’t feel like they’re officially applying for a job — they’re just saying ‘maybe’ a few times and potentially doing an informational interview many steps later,” Yabbly CEO Tom Leung told us in July. “They also have the option to cut off the conversation prior to unveiling their identity without feeling like they’re burning a bridge.”