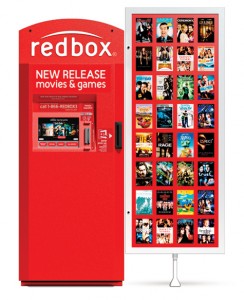 Outerwall, Inc., the Bellevue-based company that operates the popular Redbox video rental kiosks, said in its earnings press release that the company saw lower-than-expected revenues because of a “weak content release schedule” in June.

Overall, the company reported $549.2 million in revenue, which missed analyst expectations for its top line by more than $11 million. That number is down from $553.1 million in revenue during the same period last year. Redbox revenues for the quarter were $445.5 million, down almost 7 percent year-over-year.

The company tried to put a positive spin on the news by pointing out that it saw an increase in downloads of the Redbox app, as well as email subscriptions and the rate of customers opening the email newsletters it sends out.

“While the release schedule was not compelling for consumers during the quarter, consumer engagement with Redbox remained strong as demonstrated by a significant year-over-year increase in e-mail open rates, e-mail subscribers and Redbox app downloads,” Outerwall CEO J. Scott Di Valerio said in a press release.

The woes highlight one of the challenges of the Redbox business: unlike the subscription model used by Netflix or Amazon, Redbox’s success relies on consumers going out to pick up a film or TV show. If nothing new and exciting comes out, it’s harder to draw those people to the kiosks.

Meanwhile, subscription service users may not get all of the first-run films they want, but they could just as easily get started on season 2 of Star Trek: Voyager without any extra effort or commitment.

Redbox is trying to get in on that market through its Redbox Instant partnership with Verizon, but some analysts following the company have suggested that it is better off focusing on kiosk revenue.

Outerwall’s stock is up more than two percent in Friday trading, giving the company a market value of $1.15 billion. The stock is down 16 percent this year.