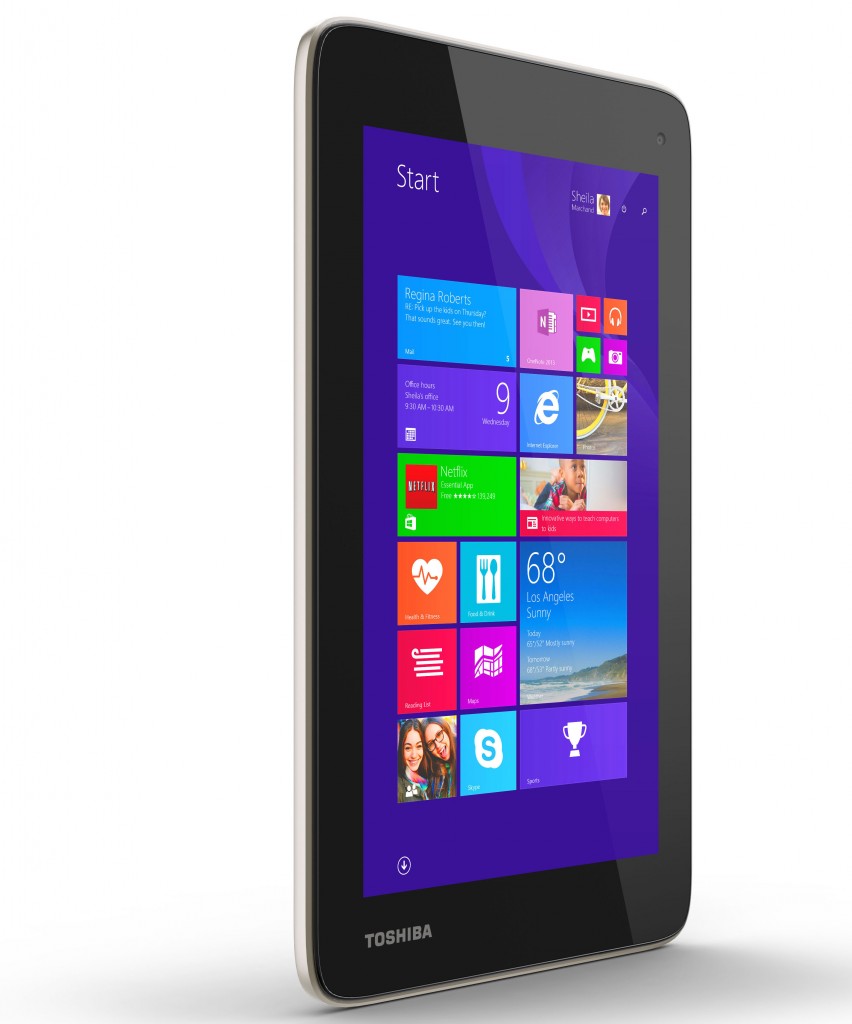 Microsoft has put its own Surface Mini tablet on ice, but it turns out the company has been working directly with Toshiba, and hand-in-hand with Intel, on a different device that will give Windows users a new option in the market for small tablets.

The news emerged overnight at Computex in Taiwan, as Microsoft showed the Toshiba Encore 7, a new 7-inch tablet running Windows 8.1 — an industry first, said Microsoft vice president Nick Parker during the company’s Computex keynote. Parker said in a post that the tablet is “being co-developed by Microsoft and Toshiba and in close collaboration with Intel, Goodix and AMI.”

That makes the new Toshiba tablet worth watching as an early litmus test for Microsoft’s broader effort to compete head-to-head with Android tablets by offering lower-cost Windows devices.

Toshiba is an early adopter of the new “Windows 8.1 with Bing”, which comes at a lower cost but requires manufacturers to leave Microsoft Bing as the default search engine. (End users can still switch the search engine if they want.)

So how much will this new 7-inch Windows 8.1 tablet cost? For now, Microsoft will only say that it “will be available in the coming months at a value-driven price point that is very competitive with any other 7″ class device.” Parker said during his keynote that it will be available at an “incredibly exciting aggressive and competitive price,” saying he promised Toshiba execs not to reveal the price yet.

The new tablet has a 1.33 GHz Intel Atom quad-core processor, with 1GB of RAM and 16GB of storage, reports the site Liliputing, which speculates that the price could end up around $150. By comparison, Toshiba’s 8-inch Encore 2 starts at $199.

Here’s a hands-on with the device from nDevil TV, which pegs the price at $149.