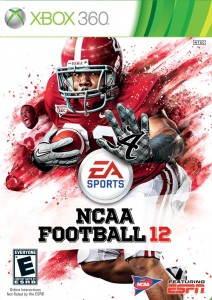 The NCAA today reached a settlement in a video-game related lawsuit that will award current and former student-athletes $20 million.

The case, originally headed by former Arizona State University quarterback Sam Keller, was filed against the NCAA for allowing EA Sports to use players’ likeness in college football and basketball games without compensation.

The case was scheduled for trial in March 2015, but now the NCAA said it expects to have this settlement completed before then.

“With the games no longer in production and the plaintiffs settling their claims with EA and the Collegiate Licensing Company, the NCAA viewed a settlement now as an appropriate opportunity to provide complete closure to the video game plaintiffs,” NCAA Chief Legal Officer Donald Remy said in a release.

Last week, Hagens Berman, a Seattle-based law firm representing former NCAA student-athletes, filed a motion to approve a separate settlement against EA and College Licensing Co. that could result in another $40 million for athletes.

Meanwhile, the NCAA is in court today for another trial involving former UCLA star Ed O’Bannon, who filed a class-action lawsuit against the NCAA over the use of players’ images in live TV broadcasts without compensation.

In September, EA announced that it would not make its annual NCAA Football game for the 2014-15 season.