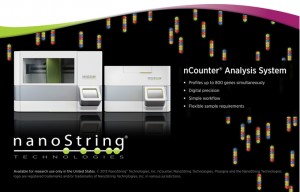 NanoString Technologies, a provider of life science tools for research and molecular diagnostic products, has filed to raise $55 million through a secondary stock offering. The filing comes seven months after NanoString’s IPO on the Nasdaq, an offering that started with a whimper as shares fell 20 percent in their debut.

The company priced shares at $10 at its IPO, and after the initial stumble they have soared, with the stock now trading at $19.49. The company, which spun out of genomics pioneer Leroy Hood’s Institute for Systems Biology in 2003, now boasts a market value of $284 million.

“Solid execution in all aspects of our business throughout 2013 drove substantial growth in revenue,” said CEO Brad Gray in a statement. “We are particularly pleased with the strong fourth quarter instrument revenue, which we believe is a leading indicator for future consumables and Prosigna kit revenue generation.”

However, NanoString’s losses are expected to grow for the fourth quarter. The company said in the release that the amount of the losses cannot be provided at this time. NanoString lost $17.7 million in 2012.

NanoString’s nCounter Analysis System is designed to digitally quantify the activity of up to 800 genes simultaneously in a single minute tissue sample.

Gray is speaking this week at the J.P. Morgan Healthcare Conference at 4 p.m. Wednesday.