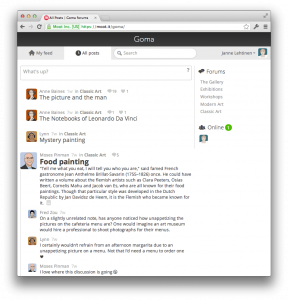 Muut, a one-year-old Portland-based startup, isn’t happy with the way people have meaningful discussions online. Now, the nine-person team has raised a chunk of money and are building a robust tool to change that.

Muut, which today rebranded from its original name “Moot,” has raised a $770,000 in a round led by the Oregon Angel Fund, with participation from the Portland Seed Fund.

The startup builds tools that allow anyone to embed customizable online discussion platforms into their blogs and websites. The idea for Muut came out of frustration with old forum systems.

“We felt there should be something modern, minimal, simple, and unified,” co-founder Courtney Couch told us. “Forum systems only seem to becoming more rare as they become unwieldy to manage and really alienating the types of users flocking to services like Twitter.”

Muut allows users to have comments update in real-time, control which posts they see, expand threads in one place and search for certain keywords in a given forum, among other features. The design can also be changed to match a website’s color scheme and the forums also adapt to any screen size, including mobile.

Muut, which offers both free and premium plans, targets two primary markets: those running blogs and media sites, along with people hosting support and community forums. But the startup sees a lot of crossover between the two customer bases. 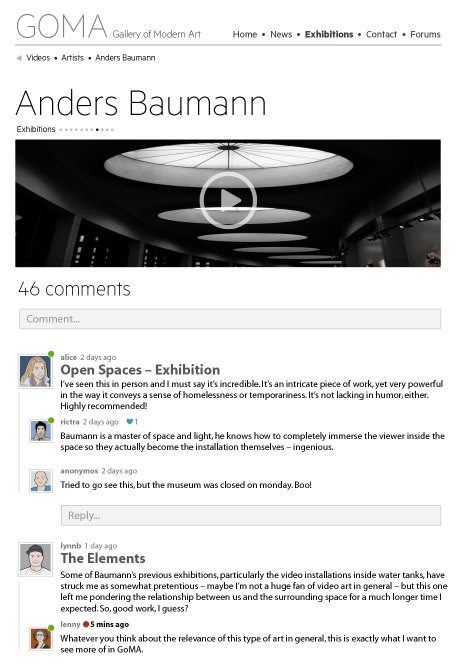 “We are neither a forum system nor a commenting system — we are both,” noted Couch, who started the company with jQueryTools founder Tero Piirainen and Janne Lehtinen, both of whom reside in Helsinki, Finland.

The startup prides itself on the user experience of Muut’s platform, something that Couch said gives the company an advantage over competitors.

“For us, the user experience and trying to build a system that made it easy and enjoyable to use is where we compete — not over features,” he said. “In fact, we purposely exclude most of the common features community systems employ [today] that we think actually harm the UX. We’ve focused on elegance and feel.”

In just one year, Muut has attracted 300,000 users who have embedded 28,000 forums. The company said it is also adding “thousands” of users per day and will use the fresh funds to build out its development and product support.

The big picture goal for Muut, as described in its “manifesto,” is to improve the state of discussions on the Internet.

“We are interested in making an impact and continuing to grow the business to really make compelling discussions more of a norm rather than this culture of trolling and viral media,” Couch said. “We’d like to see our service as the standard way to build a community.”